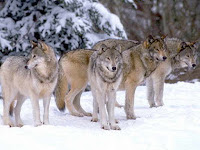 Their 2 losses were on the road to West Virginia and Virginia... undefeated at home, but generally unimpressive. They played 6 against Mount St. Mary's and shouldn't go deeper than 7. They get Trevor Ferguson (transfer from Pitt) on the court for the first time against us. Watch him have a monster game... ugh.

They shoot 51% from the field, 32% from 3, and are 73% from the charity stripe. They don't rebound especially well (tallest guy playing is Costner at 6'8") so we really should be able to dominate inside (I know I've said this many times already, but we really should).

Prediction- we got to win one on the road and this is our best shot. This is a depleted Wolfpack squad with a first year head coach and not a whole lot of talent. Alabama scares the crap out of me, but wins by 3.

Bama should win, but if they take State lightly they could be in for a big surprise.

You are wrong about our talent. We have 5 very talented BB players, but only 5. Maybe six.

State has being impressive this year. We lost 88% of our scoring from last year and have a new head coach (thank God). Our only starting Sr has been out with a hammy injury for the last 3 weeks. (He should get a few minuts tonight)Most of the pundents said we would be lucky to win 5 games.

Like I said Bama should win, but don't discount the pack.

Thanks for that info. I watched the Pack against Michigan and came away unimpressed. Saying that, it's a road game for us and our history on the road out of conference is not very good under Gottfried.

Last thing... Lewandowski is redshirted right? He may not amount to much, but at 7'3" he'd scare Davidson.

Big Lew has a bad knee, I'm not sure if he has been redshirted as of yet, but you will not see him tonight.

They two guys to watch are Ben McCauley and Gavin Grant. If we can get the ball to McCauley he will get it done inside. If Grant does not have to play point, he could really do some damage.

But State's real problem is rebounding, we are getting killed on the boards. Look for Bama to get a lot of second chances.

Can you shoot me a quick email at rollbamaroll@gmail.com

I didn't see a contact email for you on your site and need to ask you something.

Congratz on a great win!