Tide struggles early, pull away late from the Bisons 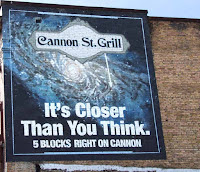 Led by Mykal Riley with 21 points, Alabama pulls away late for a comfortable 80-58 win over the Bisons (shouldn't it be Bison?).
Box Score

The game was much closer than the score indicates... we only led by 5 with 8 minutes to go before pulling away. Hendrix had another double-double (18/11) and Davidson came close (16/9). Steele is still not himself, but he did log 37 minutes (too many if you ask me, but he must be feeling better) and finished with 8 points and 6 assists (and 3 TOs).

Scott Sanderson (son of Wimp) had his kids ready to play. Libscomb put up a fight... like they've done against other SEC competition (Vandy and South Carolina). This was a good win... and a nice tune up to the Oklahoma game on New Years Day.

The bad:
- 4 starters logged 33 minutes or more. This isn't supposed to happen. Minutes should be more evenly distributed in a game like this.
- Addendum to above... not enough time for Hollinger and Torrance at the point. I think this will bite us in the ass later in the year.
- Gee was way off tonight... although he did other things well that don't show up in the box score.

I'm going to gripe for a minute... CMG has got to get the bench more involed in the game. It's not like last year when we only had 2 viable options (some would say 1) off the bench. We have some good talent (Hollinger, Torrance, Jemison, Coleman, Tubbs), but only get 14 minutes for MT, DJ, YC, and JT. If we don't get the bench involved in games like this, how are they to gain experience?

I forgot to add this little nugget about Cloyd possibly transferring. Strange considering all the effort to get him cleared.

Alabama freshman guard Verice Cloyd was not in attendance at the game Friday. Gottfried addressed the media following the game stating Cloyd is considering a transfer.

“Verice Cloyd wasn’t with us tonight. He’s contemplating transfering. Like a lot of young players, he wants to play. Playing time is a real issue there. We are going to do everything we can to help him. He has 18 hours under his belt here at Christmas of his first year of college. He has a 2.7 GPA. He has been very, very good academically. If he chooses to transfer, we will help him in any way we can. He’s been very, very good here with us but kids want to play. I have no problems helping guys with those decisions.”

Cloyd transfering?
Posted by bobbyjack at 9:21 AM