YAY! Hendrix dominates inside to lead us past the Wolfpack 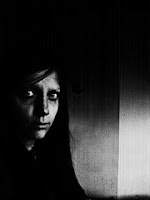 Led by Hendrix's 23 points and 12 board the Crimson Tide hold back a late comeback by NC State (I'll comment on the comeback later).
Box Score

Davidson- he's on a game, off a game. He's got to be more consistent than that. Oh yeah, STOP SHOOTING FROM BEYOND 15 FEET!
Hendrix- a monster game. He led us in the 1st half and then some.
Gee- flashes of brilliance, but for the most part neutralized.
Steele- better than I expected. Still not the RS we know... someone carry him to classes.
Riley- solid. Check that... very good.
Hollinger- arrgh. Frustrating at the end... ok up to about the 5 minute mark of the 2nd half.

The bad:
- Turnovers... this is becoming a broken record
- Losing focus late in the game. A scrappy Wolfpack team made it more than interesting in the final minutes.

The late comeback by NC State... give Lowe's team credit for never quitting. They went hard after every pass and defended every shot (maybe too well if you know what I mean), but we got to be able to handle pressure. Hollinger shooting FTs down the stretch is something we should avoid like the plague. He's a PG and should shoot FTs like one... and handle the ball better.

I'm confused on substitutions now... Jemison was getting some PT, but now Coleman and Tubbs has surpassed him. I don't remember Jemison playing all that bad.

Oh yeah, someone put out an APB on Torrance. Did I miss an injury? I guess so. If he's not hurt, him and BH should split time as the backup PG.

NC State has more talent than I thought... and IMO should finish middle of the pack in the ACC. In the end it's a road win and I'll take it... I just wish we could coasted when we had the chance to.

Alias has issues logging in so here's his take (in blue):

This looked like a Joe Kines' sort of game: bend but don't break. Bama started strong and closed confused, but won a big game on the road.

The previous two seasons Bama tended to start cold and eventually warm its way into a game. This year they seem to start hot and then cold down. Perhaps that is attributable to all the youth on this team. I suspect that they get excited, and perhaps tired, as the game progresses and lose their focus on the things that got them the lead.

They also might have problems adjusting as games progress simply because they are young and inexperienced. These things do happen. Especially when you have only one junior and one senior on your team.

Other than Hollinger, Bama shot much better at the line tonight. Other than the last three minutes, Bama defended the three very well tonight. And several of those late threes were shot from the parking lot and/or off balanced in a hurry up manner. This was not just bad defense tonight.

Another huge plus is that Bama won a hack and claw game on the road. I didn't see a single charge called, even though both teams committed several. Few of the hacks and slashes were called, either under the basket or out on the floor. And for the second game in a row the opponents were allowed to push, slap and grab our guards all over the court. Our kids responded well and showed improvement. They need games like this one to keep improving in those areas.

Sure, Gee picked up his standard three silly reach in fouls. Sure, the officials did not call any of those touch fouls on NC State until they were trying to send us to the line. But Gee gets three per game regardless.

Bama did not wilt under the pressure. Instead, they showed they could begin to learn to play back in an aggressive, hacking manner. Our big guys got away with murder under the bucket, especially after they saw the officials were letting NCS do the same think on the other end.

We do need to do a better job of denying the ball in low. We won't be able to block shots by our SEC opponents. But they did what they had to do under the basket tonight.

Another big plus, Bama defended the three well. We had some break downs in the last few minutes. That happened after Davidson had fouled out and Steele was off the floor having his knee tended. Hollinger had a couple of problems handling the ball, but in fairness to him the officials were letting State get away with a good deal of pushing and hacking there at the end.

Bama committed three or four turnovers and missed 4 or 5 free throws during State's run at the end of the game. (Two turnovers and three missed free throws on My Man Hollinger.) They only had a few real break downs on defense during that run that were not attributable to kids like Coleman being in the game. But with their backs to the wall, all of State's shots dropping through the net, legitimate ball handling problems, and unfriendly officials, Bama still found a way to maintain their composure and hold on to win the game. Getting frazzled at the end might end up being as good a teaching tool as the butt-kicking they suffered at Notre Dame. Time will tell.

This was a good win. A solid win against a decent team. It beats the pants off of any "quality" loss. It also gives our kids some more experience that will help the younger players toward the end of the season.

I do think the coaches need to teach our kids how to get open runs at the basket when the defense extends out on the floor the way NCS and USM did. I'd be glad to tell them how if I only knew. And it was good to see everyone (except Davidson) shooting well tonight.
Posted by bobbyjack at 10:00 PM

No idea. Try again after our next game and I guess we'll see.

I guess I will hold off on saying anything negative right now about JD's game. He has to be really messed up right now.....