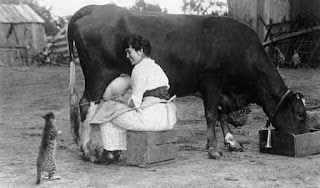 Thanks to Hville for both the pic and the video.

The Crimson Tide travel to the Barn... e i e i o.
Auburn stats pack

Auburn is much improved from last year... they have big wins over Nichols St, Vanderbilt, and Tennessee. Their 2 home losses were to top 10 teams (A&M absolutely killed them, but they played Pitt tough). They also played Wisconsin and Oklahoma State tough in the South Padre tournament. Now that I look at it, they played a much tougher non-conference schedule than us. Who knew?

I've only seen them once... getting hammered at Kentucky last week. They did beat Tennessee for their 1st win against a ranked team in 16 tries so I guess they're on somewhat of a role.

Barrett is their leading scorer... he should be being he's taken 70 shots more than anyone else. Prowell is their transfer from Furman... he seems to be their best shooter. The rest of them I know little to nothing about.

I'd say we need to pound the ball inside, but we haven't been good in there lately. Still we should try JD and RH as we have the size advantage.

Prediction:
We still own Auburn in basketball (football is another story) and they don't have the weapons outside that can kill us. Crimson Tide by 6 in a close one. Truth be told, we really need a road win... REALLY, REALLY NEED A ROAD WIN.

I am really concerned about this game. Lebo is a good coach. His teams work hard on both ends of the court and play within discipline of his system. They like to shoot from the outside and work hard to get open looks. If Bama plays like they have been playing, especially on the road, that sounds like a recipe for disaster.

My concerns (and that is all I have because I know nothing) is that CMG and the team might have learned the wrong lessons from the UGA game. They might think they can continue playing fewer than 40 minutes per game and still win -- especially on the road in the SEC. My concern is that CMG might have learned that a hobbled Ron Steele can make the game winning shot, not that a healthy Brandon Hollinger is able and willing to disrupt an offense by playing defense for 94 feet (is that the right number?) while loving every minute of it.

I hope Hendrix does not chase another skinny kid all around the court again tonight. I hope our forwards and centers give help coming off the screen and still are able to get back to cover their man. I hope Tubbs and Jemison and even Torrence get some playing time, at least until they demonstrate that they cannot guard better than Steele and Hendrix.

Then again, my hopes and expectations probably are what allow CMG's teams to upset me so in certain games. Suffice it to say, I am concerned and that I have plenty of videos to watch at home if they start to stink it up again. If we lose another blowout, it won't matter what I know about how to fix it. Until CMG believes and understands that there is a flaw (not a fatal flaw but a flaw that is keeping him from advancing to the level of a Billy Donovan type program) then nothing is going to change. Here's hoping . . .

Just a comment on the photo. Is that considered milking a cat?

I also think Lebo is a good coach (that took the wrong job) and his team will play hard for 40 minutes. It won't be 40 minutes of hell, but they'll compete. If we don't win at Auburn I'm afraid we'll go 0-8 on the road in the SEC as I don't see a better chance to go "+1" than tonight.