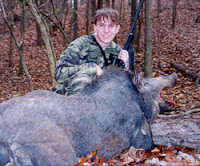 Not from my usual source, but it'll work: Arkansas stats pack

11-3 on the surface looks good until you look at their losses. A blowout at Missouri, a thumping by Texas Tech in Little Rock, and a game they let get away at Texas. Their biggest win so far is over West Vriginia in some Orlando tournament finals (which is looking better every day).

I've seen enough of their games to give a reasonable analysis... they're a big team that relies on their guards. This one's a head scratcher... why would you rely on your guards so much with all the size and athleticism on that team. Beats me. Anyways, Beverly has played well at times (statistically their best shooter), Thomas is their most dependable inside guy, and Ervin somehow gets a lot of PT (that's the best I can say about him). Don't forget about Mango Salsa (Hill) as he's a big time defender and shot blocker/alterer, Townes and Hunter are both athletic big guys (6'10") that are up and down, and Weems who IMO is the best guard they've got spotting up from outside.

It's going to be a tough game to win. They're one of the few teams we'll play that outsize us so we're really going to need Steele, Gee, and Riley to step up big time.

Prediction: ugh... Hogs by 3. I think home cooking will be the difference. I really hope I'm wrong.

There are rumors that Townes will be suspended for this game, which is a good thing since he was responsible for cooking us up there last year....

Sweet... I did not hear that. Our luck Ervin will go off.

Maybe this would be a good game to see more of Tubbs. He has been playing very good defense when he's been in the games.