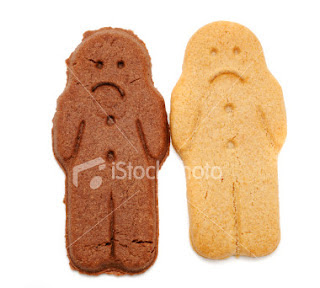 To quote the great band Tesla... "It's getting better every day." This in reference to playing much tougher on the road.
Box score

I'm going to start with some positives... the bench played great! I mean absoultely awesome. I've been begging to see Torrance on the court and yesterday he didn't disappoint. Kudos to Coleman, Jemison, Riley (who kept us in the game in the 1st half), and Tubbs as well. Great job as they brought us back starting at the 14 minute mark of the 2nd half.

Also, Davidson owned the boards. He was quiet offensively, but he rebounded well and played decent D. He still needs to beat his guy down the court in transition, but overall a good effort.

The good:
- CMG's use of the bench. Subbing the bench for all the starters in the 2nd half changed the game. Hopefully it made a point.
- Torrance at the point. I think we're ok there with him.
- Hendrix played good D despite having an off-night offensively.
- Defensive job on Lofton. I thought Hollinger played him well in the first half.

The bad:
- The other point guards were dreadful against UT pressure D. Almost a turnover a minute in the first half. I was amazed that we were only down by 4 at the half. BTW was Steele hurt or did CMG decide not to play him most of the 2nd half? I didn't hear either way. EDIT- Steele was too hurt to play.
- Gee. Man does he look lost out there. He might be seeing more of the bench.
- Unable to feed the post. That was due to turning the ball over and not getting into the offense.
- Not fouling with under 10 seconds to go in OT down by 1. Did our guys not know what to do? I was screaming at my TV. Couldn't we have a better shot with 1.6 seconds left (instead of the 3/4 court heave)? Maybe that's something that should've been talked about in the last TO.

I'm not going to say we should've won this game. A team that turns the ball over 26 times should not win. Saying that, we let another one slip away on the road. This was a disappointing loss, but I saw a lot of positive things about it. Let's see if some of those things carry on throughout the rest of the season. What I saw yesterday (sans the turnovers) was a team that can legitimately win the SECT.
Posted by bobbyjack at 6:30 AM