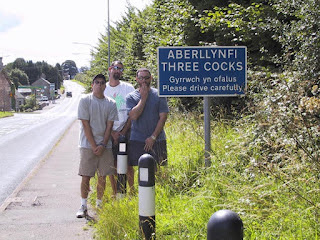 Box score from a game that was closer than it should've been.

Bama won a hard-fought game against a hot-shooting South Carolina in the friendly confines of Coleman Coliseum.

The Gamecocks shot 46% outside the arc, including Sheldon's 5 for 8. When that happens consistently against a team, someone has to figure out that it is not all luck. Still Bama won thanks to gritty second half performances by Riley and Gee and excellent free throw shooting by Davidson and Hollinger.

A win is a win. Bama spread the ball around getting balanced scoring from plenty of players. Hendrix quickly becomes the go-to guy when defenses focus on Davidson and continues to answer the bell every time it rings. Hollinger and Riley both hit clutch shots and Jemison showed some offensive life by at least attacking the basket. The team defense was improved and the effort level at the beginning of the game was much improved. Our kids and coaches kept playing until they found a way to win and I am happy for them and for those among the sell-out crowd who showed up.

Unfortunately the defensive intensity disappeared after about five minutes. We did not see nearly enough of Tubbs. Davidson did get sent to the bench again, but he was sent back in when I would have brought Coleman off the bench.

I think CMG needs to stop playing Davidson and Steele. Steele is hurt and Davidson only plays when he wants to play. CMG continues to tell his players that stars will play and others will sit, even when the stars are not playing hard or being productive without playing hard. Jemison and Tubbs bring energy levels that infect the entire team. They play hard defense the length of the court and are unselfish on offense.

The other defensive problem we have is Gee. He is an outstanding athlete with the quick feet a defensive players needs, but he is the guy who most often lost Sheldon every time he ran across the court. Other teams help out their teammates by grabbing shooters when they run through the lane (see UGA, API and Arkansas). We don't and Gee does not know how to keep up with his man. I don't know how to correct it, but this has been a glaring defensive problem all season.

Davidson is the only player we have who will not guard his man outside the free throw line. Not only does he refuse to come out to belly up, but he stays six feet off his man and refuses to raise his hands to disrupt passing avenues. Davidson needs to sit.

We stayed alive, but we barely beat the worst team in the SEC on our home court. We need to see better effort, especially on defense. I wish our coach would bench the kids who don't care and let put the youngsters who want to play on the court. We might not pull as many games out of the fire, but they would be much more fun to watch play and actually might improve as the season progresses.

Now I have to decide whether to drive up for M$U in spite of Mrs. Alias' objections.

There is light at the end of the tunnel and it might not be a train.

You summed up what I was going to say. I added the box score and strange picture.

The one thing I've noticed with JD over his career is if he's not offensively in the game early he sulks. I watched Morris from Kentucky do the same thing against Arkansas yesterday. You know what happenned... Tubby yanked his ass out of the game and Kentucky came back to beat the Hogs. Morris was put back in the game and was a different person.

Thanks. I still can't figure out how to add those links or pictures.