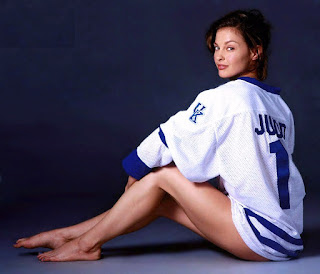 Tubby Smith leads his 'Cats into T-town for a pivotal match up between 2 aspiring NCAA tournament teams. Kentucky is probably in already, but could wind up 9-7 in conference when it's all said and done.
Stats pack
We all know Kentucky will probably press us as we seem to have a hard time with that... let's hope this was worked on in practice (and I can't imagine it not since Ole Miss and Florida killed us with it). We also know Crawford and Bradley are going to sit beyond the arc and do their best to burn us from downtown. Maybe both of them are off their game tomorrow.

As for us, we need to continue to feed it inside to Hendrix, hope Steele hits from outside, and Davidson pulls a repeat performance of dominating the Wildcats like he did last year. It would be great to see Gee dribble penetrate as that can open up Hollinger and Riley from outside.
The stats:
- 48% FG, 36% 3PT FG, 69% FT
- Rebound margin of +3.7 (I thought it would be more than that)
- Almost 15 turnovers a game

Morris is going to push his way around inside... hopefully he's called for it and rides the bench. Meeks has been coming on strong and as noted, Crawford and Bradley are their sharpshooters. Lately, Kentucky has been playing 9 over 10 minutes, but overall this isn't a deep bench. On paper we match up well with them, but as noted in the opening sentence their pressure D is probably going to cause havoc.
Prediction- man WE REALLY NEED THIS ONE. A loss here probably put the kibosh on any hopes of playing in the big dance. Alabama late 75-73.
Posted by bobbyjack at 10:04 PM