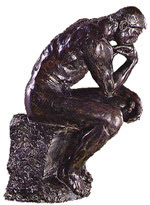 1) Michigan State had a big week... beating Wisconsin and Indiana to lock up a tournament slot. BTW- On College Gameday, Tom Izzo sank 10 free throws in a row. Find me a college player that can do that!

2) My childhood favorite team got stomped vs Duke. The most disturbing part of the game was hearing the cheers for Duke at MSG. I remember as a kid going to the Garden to see St John's vs Georgetown (with Ewing). It was an electric atmosphere. Basketball has fallen off the radar for the Red men (I still can't accept the name change to the Red Storm).

3) Speaking of Georgetown... to quote the greatessst possster on tiderinsider, "They're on FIre!" The Hoyas beat Pittsburgh to take over the top spot in the Big East. Remember they were the only team in the tourney last year to challenge Florida. Me thinks they're an Elite 8 squad (and possibly more).

4) North Carolina continues to lose games they shouldn't... this time to a mediocre Maryland squad. AS of now they're a 2 seed, but I wouldn't be shocked if they fall another slot to 3.

6) Oklahoma State is free falling like us... and a possible opponent in the Not Invited Tournament. Texas Tech is hanging around, but will probably sweat Selection Sunday (I think they're a 11 seed).

7) I don't care what the RPI says, the PAC-10 is the best conference in the country.

8) Louisville and Syracuse are making late runs to the tourney. Louisville is in for sure while the Orange(men) could use one more big win (against Georgetown would clinch it).

9) The NIT is going to have a bunch of name teams this season. LSU, Oklahoma St, Oklahoma, probably Alabama, Washington, maybe Arizona... what a wacky season this has turned out to be.

10) Finally... from the failed former NBA coaches log: Tim Floyd and Lon Krueger are doing masterful jobs at their schools (USC and UNLV). I know we'll never see the Tark Rebels, but it would be nice to see them make it back to some prominence (sp?).
Posted by bobbyjack at 7:56 PM

May as well discuss other teams since ours truly sucks.

I liked St. Johns back in the day also, with Mullin and Lou coaching them. They obviously weren't my favorite team, but they had great tradition and were fun to watch. I also like Seton Hall in the late 80's, when they made their improbable run to the Title game in '89, I believe.

As for Georgetown, it's good to see a guy like Jonathan Wallace playing so well for a team like that. He played over here at Sparkman, and he walked on at Georgetown. To walk on at a place like Georgetown, your grades obviously have to be impeccable, and he is a Government major. It is easy to cheer for a guy like that...

Here's something to ponder: since Bama has pretty much scrapped any chance of making the Tourney, who do you want to see win it? And I'm talking about teams who have a legit shot to win it. Most people would all like to see a team like Butler or Gonzaga take it home, but the chances of them doing it are not great. I would like to see Wisconsin, because I can't think of any reason to dislike them. Even though I would like to have Billy Gillespie as a coach, I just can't pull for them. Fran has tainted them for me, even though it has nothing to do with basketball...

Who is Tider Insider's best poster?

P.S. I liked those Lou coached St. Johns teams too.

Seton Hall probably won't amount to much ever again. Maybe a year here and there, but overall I think they've slipped too far and don't have the tradition to bring them back. I probably can tell some stories about them in the lates 80s.

As far as who I want to win the whole thing (that have a legitimate shot)... I'm going with the Hoyas. 2nd place legitimate is UCLA. As for my darkhorse... West Virginia.

My favorite possster on TI was pooh33 (or whatever his name is now). For some reason he always cracked me up.