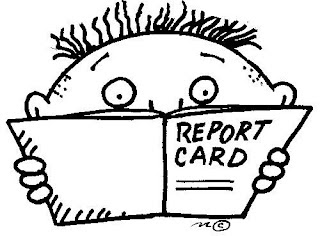 I thought about breaking this up into a few posts... but all the compiling made it too much trouble so there :P

I'm normally not one of those guys that thinks stats are the be all/end all barometer of what a team is, but in our case it's a fair indicator of why we underachieved the way we did.

Stats
Alabama stats from ncaa.org. All stats are out of 325 teams

What's all this tell us... nothing really :). The numbers are skewed by some of the non conference teams we played. If those were our SEC stats we'd be playing in the big dance.
Here's the conference stats.

A different story... 10th in scoring offense, defense, and 3pt FG%, 11th in scoring margin, steals, and FG%, and last in assists and assist to turnover margin.

Rumors
Tom Asbury is rumored to be moving on... and the talk of Rod Barnes coming in to replace him is growing strong. I wanted this last year, but this would be better late than never. Saying that I'm not sure if this happens.

Report Card
Obviously this is subjective. Feel free to be wrong :)

PG: C-
- Not getting BH and MT experience during our relatively easy non-conference schedule bit us in the ass. Steele was never healthy so there wasn't a viable reason why we didn't. I liked what I saw from MT in limited playing time... what I saw from BH tells me he's better utilized as a SG. I like his shot... not his decision making.

SG/SF: C
- I thought Riley played well overall although he was a little too happy shooting the ball at times (read terrible shot selection). Gee pretty much disappeared after the Paradise Jam. I was expecting him to shine. Jemison looked good in his time on the court. He'll be better next season (I hope). Tubbs impressed me the most out of the bunch. He plays tenacious D and is more than servicable as an outside threat. I like him coming off the bench.

C: C-
- Davidson would have a monster game one night and disappear for the next 2 games. His defensive lapses have been discussed ad nauseum. It's been documented what he's been through, but IMO if it was truly affecting his game we should've saw more of Coleman. As for Coleman... still very raw, but unlike most of our fans I think he still has a pretty good upside. I think he can develop to be a 7 point/7 boards kind of center.

PF: A-
- Without Hendrix we probably don't make the NIT. I'm serious... how many games did he take over in conference play? He's still somewhat of a defensive liability, but IMO he has improved that part of his game from last year.

Coaching: C-
- Really I was thinking D+, but I got to give some slack for missing Steele. Still, CMG's reluctance to develop the bench killed us. He came around in the last quarter of the season, but it was already too late. IMO he didn't press his team to play defense until it was already out of control.

Now I'm officially done with this season. I'll compile a CMG file when I get a chance which spans his career as the HC in Tuscaloosa.
Posted by bobbyjack at 8:45 AM

I have been begging for a Rod Barnes hire ever since I saw him on the bench during the Oklahoma game.

Coach Asbury was very instrumental in developing both Chuck Davis and Jermario Davidson during each of their first two years. Now that you now have "broken" the rumor publicly, I have thought Davidson's "performance" this year was caused more by the distractions involving Coach Asbury's family problems than by Davidson's family problems. A focused Tom Asbury knows how to help a troubled JD deal with all those problems.

I have criticized CMG as harshly as anyone else, but I give him credit for not abandoning Tom Asbury during his time of need. CMG needed Asbury as much as JD did, especially this season. But if the existing family problems will not allow TA to do his job, then it probably is time for him to move on and make room for a Barnes-type coach.

No matter what he does, I wish God's grace and blessings to Coach Tom Asbury and his family.

I'm not sure that was a big secret as an Auburn booster relayed this to me. I saw it "verified" on numerous messageboards.

I'm skeptical about all of this so I'll believe it when I see it. I've heard that RB is happy at OU so take that for what it's worth.