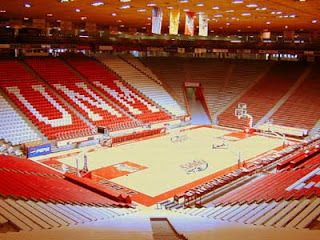 Alford is now a Lobo
New Mexico a few years ago (actually close to 10 years) was a very solid basketball program. I like that they're making a committment to win. Whether or not Alford is the answer remains to be seen, but it's big news to lure a coach from a "name" school. Now we get to see Alford match up with Reggie Theus at New Mexico State.

The Pit in the past was one of the toughest places to play on the road. I think Alford will restore some of that luster... and put the Lobos back in the NCAA tournament on a consistent basis.

Iowa fans probably don't care as he underachieved in Iowa City. I don't know if they'll do better as their greatest coach was IMO nothing more than mediocre (Dr. Tom Davis for those who don't know). Hey, maybe Iowa can bring him back as he resigned from his job at Drake (to retire).

I know what some of you guys are thinking... I'll leave it at that. :) 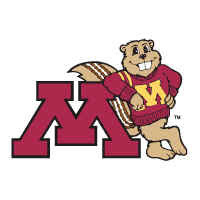 Edit- Tubby Smith to Minnesota? Wow! This one's out of left field. It looks like Minnesota is getting back into the basketball business. Most will remember Clem Haskins (sp?) had success there before getting busted for cheating like no school has ever cheated before. I believe he took them to the Final Four, but am not certain.

This again is a win-win for both schools... Minnesota gets a name coach and Kentucky fans finally get rid of the guy they thought was bringing the program to mediocrity (sounds familiar?).
Posted by bobbyjack at 1:02 PM

Let's see what your predictions are for his replacement.

1. John Pelphrey
2. Andy Kennedy because I don't think UK will look too far for a coach, just like Tubby from UGA)
3. Billy Gillespie (what they need)

I'd already said before Tubby left that I'd heard that Pelphrey would be their prime candidate. I guess I'm stuck with that now.

But in the end, we may both be wrong.

In the end I think UK goes with a proven "name" HC like we did in football. Pelphrey might be better than what they get, but he'll have to take a step up IMO before aspiring to the UK job.