Torrance and Jemison getting experience in China 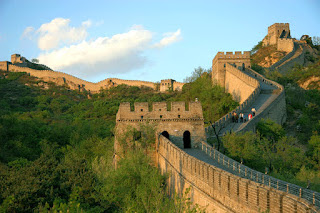 The Reach USA team’s tour plays its final game on Saturday, again against Zhe Jiang. Reach USA will have played eight exhibition games within eight days, four each from two CBA teams, most games in a different city each night. Players include Torrance and Jemison from Alabama, LSU’s Garrett Temple, Auburn’s Prowell and Rasheen Barrett, Lipscomb’s Ard, Mississippi State’s Brian Johnson and Paul Stoll from Texas Pan America. In their seven games so far, Jemison has averaged 16.3 points and 8.3 rebounds and Torrance has averaged 14 points and 5.0 assists. Both will be sophomore on the Crimson Tide’s basketball team this fall.

This has been going on for a couple of weeks. I'm glad rolltide.com is reporting on it. Now maybe they'll update the bios of the basketball team. Maybe not (check Hollinger's bio for verification). They should let Alias write his bio for the site.

It seems that Torrance and Jemison have made a good showing for themselves out there... hopefully this experience helps them come next season. I fully expect both of them to be major contributors on our team next year.

Tide basketball commercial wins an award. Now I have to google this to verify it was an actual commercial. Ok, it's not on youtube... if anyone has this email it to me please.
Posted by bobbyjack at 9:23 AM

To everyone who loves San Antonio SPURS especially Manu GINOBILI, please feel free to visit the following blog and give your comments.

My favorite memory of our bench players is the Tennessee game. Gottfried finally took every starter out and we got the lead.

The starters were inserted back into the game and we lost the lead. I remember yelling at my TV saying, "WTF!"