#1- The bestest basketball coach in the SEC is... 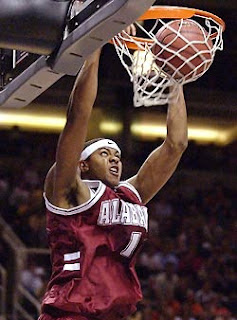 The great Eddie Munst... Billy Donovan. Actually, Alias sent his top 9 list in while Donovan was the Magic coach so he didn't list him #1, but I have to assume we're in agreement here.

Hville- with Tubby gone, there is no argument whatsoever. Even if Tubby was still at UK, to me it still wouldn't be an argument.

Bamahoops- Only 3 Final Fours, 3 championship game appearances, and 2 National Titles (not MNC like CFB)... he's ok I guess. Before the 2005 season some started to question Donovan as his teams underachieved in the NCAA tournament, but the last 2 years erased those memories. I'm not sold on him being a great gameday coach, but he's pretty good at the other aspects (motivation and recruiting). As long as he's there (and it seems like he'll be there at least another 5 years) the Gators will be near or at the top of the SEC. Damn. 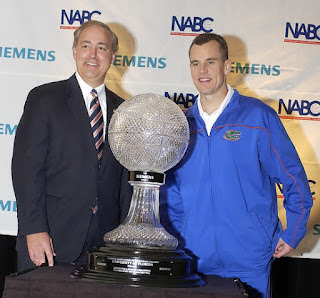 If we compile averages, the crack staff here has them ranked 10 to 1 like this (average in parenthesis):

Note- Billy Gillespie (Kentucky) and John Pelphrey (Arkansas) were not ranked as this season will be their 1st in the SEC. My opinion... Pelphrey will have more success at Arkansas than Gillespie at Kentucky.
Posted by bobbyjack at 1:57 PM

Yep, no one but Donovan can go in that spot right now. Donovan learned from a great coach - Rick Pitino. I read Rick's book and I guess I'll read Edd . . . er . . . Billy's when he writes one too.

As much as I hate losing to his teams, I think having people like Donovan is good for the college game and good for the SEC. I hope he tries to help troubled kids turn toward the right direction. The second chance he got made all the difference in the world. Tough love can work wonders for a troubled youth.

I sure wish our coach would learn a few things from him.

I agree it's good for college ball that Donovan stayed. The game needs young "super" coaches to take over when Bobby Knight, Coach, K, Roy Williams, and Jim Calhoun (amongst others) move on in 5 to 10 years.

The difference between CBD and CMG is CBD has positioned his program nationally and recruits that way. CMG seems to have a 200 mile leash from T-town.