Shorter lineup at UK this season 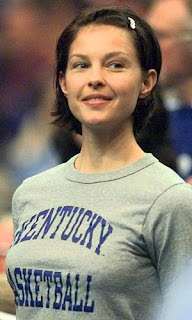 It's been a really slow week of news so this will have to do.

When Gillispie got to Lexington, UK had two signees for the class of 2007-08. Although it was late in the recruiting process, Gillispie managed to double the size of the incoming class for this season, including capturing coveted Huntington, W.Va., forward Patrick Patterson.

He also received commitments for each class up until the 2010 season, where he already has two players committed to the Cats."I think it's gone OK," Gillispie said.

Still, Gillispie will be facing problems in his first year as coach.Of the four players UK will not be returning from last year, none was shorter than 6-foot-8.

Of the four players UK is slated to bring in for next year, only one is taller than 6-foot-8.

"I would think that this will probably be one of the smaller teams that we'll have," Gillispie said.

Although Gillispie said he does not know what type of style to expect from the team, this year's squad will undoubtedly have an unconventional look.

"I'm always used to having two big, strong post players out there with three guards on the perimeter," Gillispie said.

From the Kentucky Kernel.

From the looks of it, most of the SEC will be fielding shorter than normal teams. The only exception I can think of is Arkansas.
Posted by bobbyjack at 7:54 AM