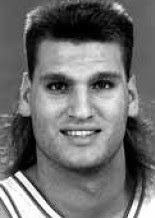 Florida, Ole Miss, and Tennessee have released their 2007-2008 basketball schedules. Links to them below:

I'm sure most have seen this already, but I'll post it here anyways... Dukie V released his all Rolls Royce team last week. Steele and Hendrix made the cut. I'm sure both of them were yelling, "IT'S AWESOME WITH A CAPITAL 'A' BABEE!"
Posted by bobbyjack at 8:22 PM

The mullet from hell!!!!