Around the SEC and getting Croomed again 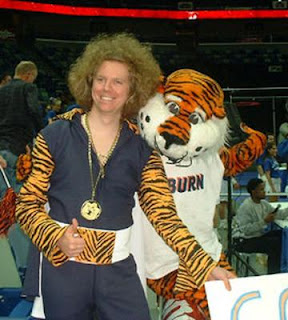 Tennessee was impressive against Temple (of the Dog), Arkansas woke up and beat down Wofford, South Carolina won the battle of SC by beating SCSt, UGA demolished Jax St, Florida had a mild scare against North Dakota State, and Lebo's Tigers played really hard but in the end could not defeat the great Tulane Green Wave in front of a capacity house (of 1700) in New Orleans.

In other news, Alabama gets Croomed again. Check with tidedruid, eightinthebox, or rollbamaroll for more indepth coverage. If we had a QB and a backup RT that could occasionally block IMO we'd be sitting at 9-1.
Posted by bobbyjack at 4:10 PM