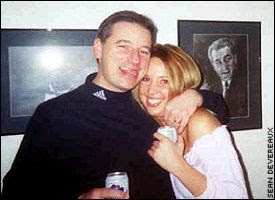 Read it, breathe it, live it.

They're 2-1 with a road loss to Cal so that's not bad although their 2 wins were against cupcake city so I don't know what to make of them.

Prediction- I have no idea... after losing to Belmont (stakes) I have no clue what to expect from this team. I guess Bama by 4. I don't expect Hendrix to have a big game with Bain (all 7 feet of him) clogging the middle so we'll need the guards to pick up the slack.

Side note- Most of you know Larry Eustachy from his Iowa State days... and more from his partying with Missouri coeds after a game (which got him fahred). He's a good coach that will probably parlay USM into another gig in a major conference so expect his team to play hard.

Side side note- I wonder how Eustachy keeps sobriety living in Hattiesburg. Seriously, I wish the best for LE even though his #2 seed Iowa State squad messed up my 2001 bracket (I picked them to win it all... ended up losing to #15 Hampton).
Posted by bobbyjack at 12:18 PM