Let me preface this by saying I didn't go there as a "reporter" so that's why I didn't take pictures while the game was going on. I was too busy watching.

About the crowd... IMO it was a huge mistake by Orleans Arena to sell the tournament only as a 2 day ticket. They should've had daily sessions to buy. I know there would've been more fans if they did... much more. 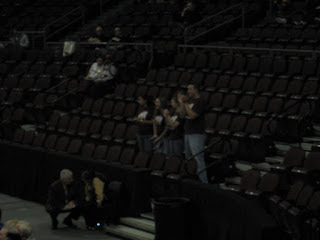 Missouri State's coach is the guy to the left of the ref. Is that Verne Troyer? 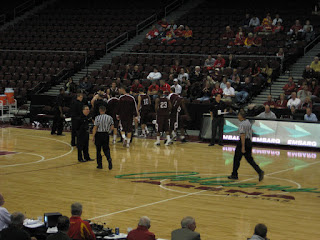 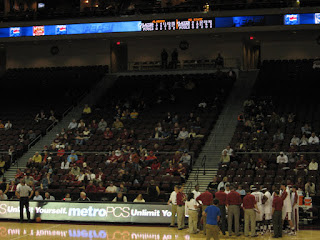 Timeout on the floor by CMG. I thought CMG did a great job of calming the team down when Missouri State went on runs. 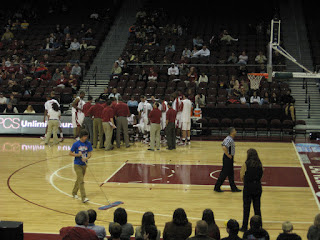 Posted by bobbyjack at 4:01 PM

I coudn't pick DJC out of any of those photos. He's harder to identify since he retited the floppy hat. I take it you two got to meet? Why did that Mizz. State mother call Bunk Moreland that bad name?