Auburn stats pack II and thoughts on the UT-Memphis game 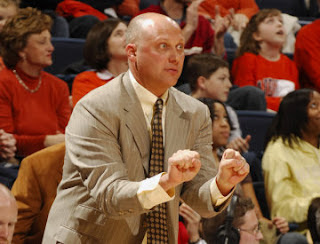 They're a small team that'll shoot 3s to stay in the game. They have no answer for Hendrix.

This is an important game for both teams. Really, it is as the winner is one step closer to making it to the NIT. The winner also stays out of the SEC West basement where LSU resides (for now).

Prediction: Until we win one on the road I can't pick us to win. We should get the ball to Hendrix early, often, and heck... all the time, but I don't think we will. Auburn by 6.

#1 vs #2
What a game last night between the 2 best teams in the country! Memphis' poor FT shooting finally bit them in the ass and the Vols escape with a hard fought 66-62 win. Pearl had a great gameplan... let Memphis shoot from outside to win. It didn't work at first, but the Tigers came back to earth and Tennessee outhustled them to victory. IMO those 2 are the best teams in the country and I wouldn't be surprised if they met again in the Final Four.
Posted by bobbyjack at 9:08 AM

I'd also throw Texas into the best-in-the-country mix as well. They're playing as well as anyone right now and they've already put a beat-down on Tennessee once.
I loved Pearl fouling Rose at the end. I'm shocked you don't see that from teams more when they only have a three point lead and time winding down.

I'm glad you pointed out that today's game is important for Auburn and Bama in regards to postseason play. Still, you have to assume CBS is regretting scheduling this game.
I agree that it's hard to pick Bama until they can win on the road but I think, eventually, this team has to break through and get one done as hard as they've been playing. My only fear is the South Carolina game knocked everything out of them.

Texas is playing some good ball right now. Saying that, I have reservations about them... I have to see what they do at KSU and Texas Tech before I'm completely sold on them.

Before the injury bug hit UNC I would've said they're the best. Not now. Kansas and G'town are other teams to watch, but both have been slumping lately. Duke... I think they peaked too early.

CBS might have thought it was an Alabama-Auburn early spring football scrimmage. That's the only logical reason why they'd pick this game to broadcast regionally.

We've been close on the road, but seem to snatch defeat from the jaws of victory. I guess we'll see in a couple of hours who wants this game more.

Why the hell are we in a 3-point shooting contest with these clowns? Once again, we are playing right into the hands of the opposition. Get out of the God damned zone on defense and get the freakin ball to Hendrix in the post on offense. Geez.