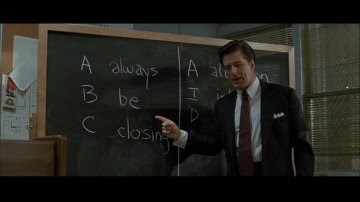 This poor guy can't stick anywhere, even Japan. ESPN has reported that everyone's favorite former Alabama basketball coach has been fired from his coaching position by the Japan Basketball Association. Reportedly, Hobbs was on leave due to health issues before the termination. Nothing like being ill and then being fired. Not a nice way to end the week, that's for sure. Follow the link to read more.

At 60 years of age, one would imagine that this might be the end of the line for Hobbs, particularly if his health does not improve.


For those of you interested, here are Alonzo Gee's stats so far with the Spurs summer league team.

His minutes have diminished from 11 in the first game against the Hornets to just 7 minutes total in the last two games. This does not bode well for Alonzo making an NBA roster, but I have a hard time believing his athletic ability alone won't earn him a paycheck in some basketball league somewhere.

Edit: And here are the summer league stats for Richard Hendrix:

Richard has had a solid summer league. My feeling is he will be on an NBA bench next season and possibly contributing. NBA.com lists Richard as playing for the Nuggets summer league team, yet I was under the impression he was playing for the Orlando team? Maybe that's for the better since Orlando recently re-signed Marcin Gortat.
Posted by MSmilie at 1:41 PM

Gee's career tailed off before he left Tuscaloosa.

As of last week Hendrix was on the Magic summer team.

Then I found a box score of him on the Nuggets from July 17th.

I know nothing about the summer leagues so take it FWIW.