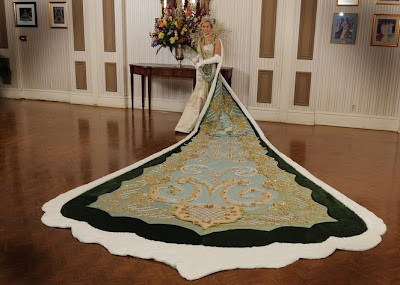 If there is one thing your humble reporter hates to miss it is a hoops contest against the hated hogs. Younger fans might not recall the hoopla with which the Razorbacks entered the SEC. They had enjoyed tremendous success on a national level under the tutelage of Head Coach Nolan Richardson and his famed "Forty Minutes of Hell" defensive style. Your humble reporter believes he vowed never to miss a home game against them after they knocked us out of the Big Dance one season.
The Hogs first visit to Coleman Coliseum was one of the most fun basketball games I've ever attended. Two fast, talented, physical teams slugged it out for a full forty minutes. Arkansas had a one point lead and was playing toward the last shot in the game when Latrell Sprewell stole the ball and laid it into the Bama basket to take back the lead. On the following play, Sprewell drew a charge underneath the Arkansas basket negating their go-ahead bucket. The visiting fan sitting in front of me jumped up in celebration as the ball fell through their hoop so I never saw the official wave off the basket. Your humble reporter was confused and wondered why the scorer had not given the visitors credit for their last basket. The horn blew, the Tide players celebrated on the court, the visitor in front of me became disgruntled, and your humble reporter STILL did not know what had happened until the guy in the next seat explained what he had missed.
Why, you may ask, is your your humble reporter recounting that match instead of the one the teams played yesterday? The answer is that he did not get to attend yesterday's game. But if your humble reporter enjoys this rivalry so much what, you might ask, could keep him from driving up to enjoy this season's offering? He lives in a house full of women and one of them was presented as a member of Mobile's Mardi Gras Court last night and for some bizarre reason all these women thought that might be more important than the Arkansas basketball game. Go figure!
The young ladies all dress up like the Queen who is pictured above. (The young Alias offspring was not garbed in quite so much splendor but the natural beauty she inherited from her mother more than made up for the difference. Besides, the Queen is supposed to be the prettiest maid in attendance so the younger Alias naturally had to "dress down" to avoid being rude by upstaging her - all of course in the opinion of your humble reporter.) The mothers spend countless hours searching for expensive dresses they might not wear more than one time their entire lives. The full season of events happens once in a lifetime for the young people, requires months to plan, costs more money than season tickets for more years than I care to contemplate, and probably means more to the moms than it does to the daughters. What do the dads get? You guessed it. They all get to lovingly pay the bills.
Sports fans, I admit that Mardi Gras is not necessarily my bag. It's not that I don't like it. In fact the only thing I have against it is that, much like deer hunting season, it takes place right in the middle of the college basketball season. I abandoned deer hunting three decades ago to make room in my life for Bama Basketball. That same passion never really allowed space for Mardi Gras to become much of a priority. In spite of all that, there was not a prouder papa in the hall last night than your humble reporter.
The tension associated with the pre-event preparation kept me from watching or listening to much of the game yesterday. I did record it and plan to watch that this afternoon, but when I saw DJC had not posted a recap I thought I owed you all an explanation. The good news and the bad news is that your humble reporter has two daughters. Let's hope we're playing an away game during Mardi Gras week two years from now.
The little I did see suggested we started playing better defense after the first ten or twelve minutes of the game. Defense is the key to any success this team can hope to enjoy this season. What a great comeback!
(Now can someone please tell me where I left my checkbook?)
Posted by Alias at 8:22 AM

The best possible reason for missing a game-a daughter. I will miss the Ole Miss game for the baptism of a grandchild. Your brief viewing was perceptive. The Pigs had 25 points in the first 9 minutes. Even though our first half offense remained horrible right up to the last turnover, we started playing defense and rebounding or there would be no telling how far behind we would have been.