They lost their best player to injury for the season, but are still 6-1 and ranked number 18 in the nation. They have been dominate at home, but have not really played any tough games in Mackey Arena yet. Purdue is returning home from a 2 game road trip where they suffered their only loss to a good Richmond team, and bounced back with an overtime win in Blacksburg over Virginia Tech. Last year they came into Tuscaloosa as a top 10 team and we blew a huge second half against them. They have a big guy who is fairly athletic and has a good jump shot, which could create some matchup problems for us. I predict we hang with them in the first half, but lack of depth in the post does us in down the stretch. Purdue by 14.

I will be at the game, sitting about 7 rows behind one of the baskets. It's 28 degrees here, and we got about 3 inches of snow last night, and it's still coming down. It's quite a change after being in the Virgin Islands just a little over a week ago. We got in late last night so haven't had time to check out the campus or anything yet, but I've been pleasantly surprised with what I have seen from the Lafayette/West Lafayette towns so far. Tip off is 3:30 EST, 2:30 Central on ESPN2. RTR!

Edit: A couple of pics of the skating rink and Wabash river, courtesy of my girlfriend. 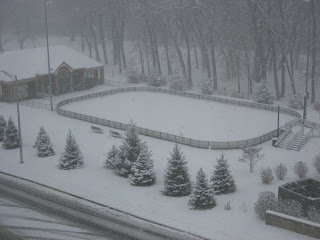 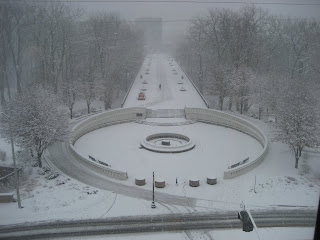