Bama makes it look easy in big win over Grizzlies. 74-57 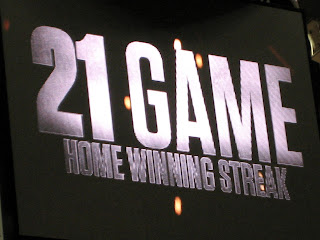 
Not many teams are going to hold Oakland to fewer than 60 points this year, and their coach was very impressed with our defense in his post game comments, especially the freshman. It wasn't just the defense that stepped up in this game, though, as Bama played a very solid, balanced game to easily defeat a solid opponent.

Coach Grant had a great gameplan. Oakland's weakness is in the post, so we attacked the basket, not only with JaMychal and Tony Mitchell, but with the guards penetrating. For all that has been made about our improved shooting ability, the newcomers also have a great ability to drive the lane. We only shot 8 three pointers in the game, making a respectable 3 of them, but the drive and dish game proved very productive. We were able to beat them off the dribble for the most part and get high percentage shots in the lane, or catch them out of position and draw fouls. Once at the line, after a slow start we ended up shooting 75%.

Oakland's great PG had 16 of their first 28 points, but was then shut down for the rest of the game. A large part of that was our defense, but I think their coach also realized he would not be able to beat us by himself so they started trying to get others more involved.

Releford had a great game at the point, getting more involved in the scoring with 14 points. When Releford came out of the game, Trevor Lacey moved over to run point and did a fine job. Ben Eblen did not come into the game until the outcome had already been decided. Once again, Retin did not play.

About midway through the first half Oakland switched to a 1-3-1 zone defense, trapping on the sides which initially gave us some problems. Coach Grant made some adjustments during the next timeout that allowed us to get the ball in position to exploit the opening in the corner and along the baseline, which resulted in a wide open 3 and some easy baskets in the paint. We were able to stretch the lead to 41-30 by halftime, and a 2nd half run to stretch the lead to 19 put the game away. 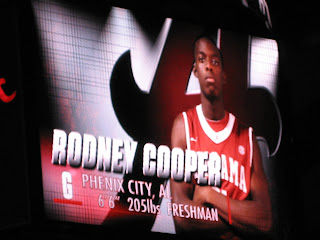 Cooper and Lacey both continue to make great decisions with the basketball. Neither one looks like a freshman. Cooper seems to be developing good chemistry with Tony Mitchell, as they each executed both ends of the alley oop on fast breaks. Tony had his usual good game, a couple of explosive dunks, lots of swagger, and a few near meltdowns over some of the officials calls. 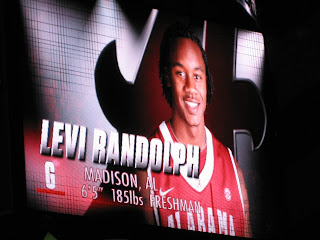 Levi Randolph had another impressive game. He made a 3 and had an awesome dunk over Oakland's 6'10 center in the lane. This kid has got ups, which more importantly helped him pull down a couple of offensive rebounds as well.

I thought the officials called a very good game. They called it fairly tight, but were consistent at both ends. This was not an easy game to officiate, both teams play fast paced and very aggressive, and I thought they handled it well. There was one very bad call that went in our favor, in the 2nd half on an in bounds play underneath our basket, Rodney Cooper ran over a defender cutting to the basket, the defender had been set for at least 5 seconds, and the official called it a block. That was the only blatantly obvious call they missed though, in my opinion. 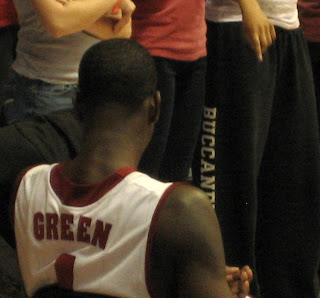 There was a scary moment in the 2nd half when Green went out with an arm injury. He was taken to the locker room, and emerged about 10 minutes later when he sat on the bench as trainers wrapped his arm with an ace bandage. Turns out it was a hyper extended elbow. Going by his body language and the coach's reactions to conversations with the trainer, my guess is that he could have returned to the game if it would have been necessary. He is day to day, but I expect him to play Thursday against Maryland. 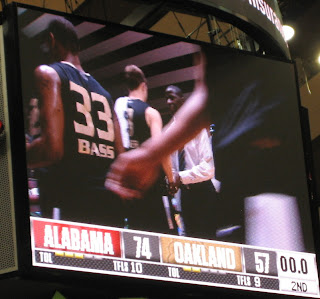 I was a little disappointed in the crowd. I understand it was a Monday night, but against a quality opponent like Oakland I would have thought more would come out. I would estimate maybe 6,000 or so. The ones who did show up, were loud and into the game for the most part.

Up next, we travel to San Juan, Puerto Rico for a 4pm central time start against the Maryland Terrapins Thursday afternoon. Unfortunately, I will not be able to make this trip, but given our performance in the Caribbean last year, perhaps it's best that I stay home.
Posted by DJC at 11:25 AM

Will Retin be redshirted?

That's a good question. I have been told that is probably not the case, but I'm still not certain.

Thanks for the recap, look forward to following the team with y'all through what should be a heckuva season. But yeah, stay the hell out of Puerto Rico this time.