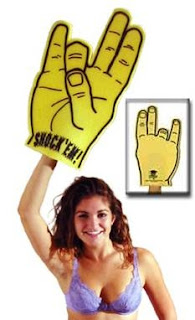 I watched this on TV like everybody else so I will keep this relatively short. It was another slow start until Tony Mitchell took over the game. He was doing it all on both ends of the court. Making jump shots, forcing turnovers, and 2 dunks worthy of the ESPN Sportscenter top 10 plays of the day. Green's shot seemed to be off, perhaps because he took a nasty head-butt to the chin, but he managed to stay out of foul trouble and played great defense in the post against the big shockers. Releford was able to penetrate and get to the free throw line and knock down his freebies. Nick Jacobs had another solid game and he continues to improve. He was 2 for 3 and his footwork in the post seems to be coming around nicely. I think he is starting to adjust to the speed of the game.

Also, it appears Trevor Lacey is now the backup point guard. He may not be a "pure" point guard in that he doesn't have excellent handles, but he takes care of the basketball and makes good decisions while still giving us a scoring threat. I do not recall seeing Ben Eblen in the game at all.

Wichita State made some runs and was able to take the lead a couple of times, but we always responded. They showed a lot of poise and depth in this game, and it is obvious how much we have improved from last year.

Up next, another chance to avenge a loss from last season, as we play the Purdue Boilermakers in the championship game at 6:30 pm Central time Sunday night on ESPN2.
Posted by DJC at 10:11 AM