I Did Not Bother To Watch The Game! 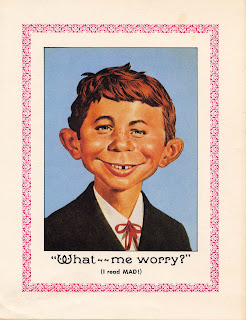 I didn't listen to it either!  Then again, I didn't need to.

Let me confess at the outset that my life is unusually busy right now.  My time is regularly committed each week in big chunks that force me to be very deliberate about how I spend the rest of it.  Given the quality of the product on the court, I have been forced to relegate Bama Basketball to much the same priority it suffered during Coach Gottfried's last two season.  (As an aside, I am pleased to see that Mark appears to have righted the ship of his personal and professional careers.  I wish he had done it while he still was here.  I still am waiting for our apology from him, because he definitely did not give us his best for at least two years.)

Granted, the kids evidently played like Tasmanian Devils for the last three minutes.  What did they do for the first 37 minutes?  I don't know.  Like I said, I didn't listen to the game.  I don't need the aggravation of another disappointing performance by a team that does not know what it's doing.

I admit again that I do not know much about basketball.  I'm merely a fan.  At this stage in my life I don't bother to watch anyone but Alabama so I don't know anything about other teams.  I've never played the game at an organized level and would not presume to coach it.  But even an ignorant fan can watch this team and KNOW that they are not well coached, at least not on the offensive end of the court.  Some players have improved through the season, but as a team they are fundamentally flawed.

They can't throw the ball to Gueye in the paint because if he catches it (which is a real adventure) they have no reason to believe he will be doubled by a defender because the young man couldn't score consistently against my grandmother (who died ten years ago at age 103)!

A good coach should have noticed these tendencies in his players long before now and have had them practice drills that correct the fundamental flaws in their games.  How many of those close games would we have won if we had hit our free throws?  (For what it's worth, C.M. Newton's teams always had this problem too.)  A good coach would drill these fundamental skills into his players so they did what they were supposed to do to generate an open shot without thinking.  Instead, our players dribble in circles or stand around, apparently waiting for the other team to be lulled to sleep, before throwing up a hurried jump shot with a defender draped all over them.

No, I don't need to suffer that kind of aggravation during the last two hours before going to bed at night.

Thank you all who did watch or listen to the game.  I'm sure DJC drove over to watch it in person.  He remains the most loyal and devoted Bama Basketball fan I ever have met.  Hey, DJC, maybe it's time for you to make an honest woman of the sweet, lovely girlfriend of yours.  Bama Hoops certainly does not look like it's going to put up much competition unless Coach Grant changes the way he is doing some things, and that young lady is a real catch!  ;-)

Here's hoping things turn around next season.  I do intend to watch the game Saturday, but only because the Paris-Nice bicycle race will be broadcast on the Internet early in the morning and will not conflict with our game.
Posted by Alias at 1:05 PM

I did not drive over for this game. I had a bad experience with Oxford law enforcement at the 2003 football game and swore I would never grace that backwards, stuck in 1865 town, with my presence again. I haven't been back since, and don't plan to.

Luckily, Bama basketball in no way competes with the gf for my time. Believe it or not, she was actually going to games before we met, and she willingly goes with me to as many games as she can. I'm sure I do plenty of things to annoy her, but my obsession with Bama hoops isn't one of them. It's actually common ground for us.

You hit it on the head. The blame for this has to rest solely with Anthony Grant, not the players. He is making 2 mil a year.

Don't the players have to shoulder some of the blame for the poor play? When a kid acts up in the neighborhood, is it always on the parents' shoulders or do we expect the kid to take some responsibility?

I'll be blunt... it doesn't seem like bama basketball means much to you anymore. While there are many different viewpoints posted here the one common thing I see is random... we all want Bama to win and watch it hoping we get the payoff. When you stop watching and agonizing you go from being a fan to just someone with a passing interest.

I'm saying the majority of the blame has to fall on Grant's shoulder, the team was not ready to play in a must win game.

It is so frustrating. I will always support the program, even when Alabama frustrates me to no end, I can not look away, and as you said I will not give up my belief that there will eventually be a payoff. I can understand if you get frustrated and just stop watching some times.

Um, you wrote the blame rests solely with Anthony Grant. By all means, make your argument, but be consistent.

With that said, yes, the team must be better prepared. It's hard to figure it out. I'm watching the Stanford@Cal game right now and Cal looks like Alabama did last night in a game that Cal must win to keep their Pac-12 title hopes alive. And the general consensus if that Mike Montgomery is a great coach. I don't get it. Motivating players seems to be a tricky business these days.

The blame has to start with coach Grant is how I should have phrased it. That is what I meant.