Sorry for the delay in posting the recap, the day job has been consuming a lot of my time lately.

Bama is undefeated and tied for first place in the SEC after a dominating 21 point win over Texas A&M.  The Aggies were missing their leading scorer, but I also thought we played great defense all night.  We settled for a lot of 3 point jump shots early in the game, and despite only making 3 of 15 in the first half we were able to build a 25-12 lead.  We got a little sloppy with the ball towards the end of the first half, and allowed the Aggies to go on a run and get back into the game.

The second half was all Alabama.  One thing I like about this team, is they have found many ways to win this year when the shots aren't falling.  I predicted this would be a "live and die with the 3" type of team, but Kessens is starting to score in the post.  Retin came in off the bench, played well, and gave us a spark.  Retin, Tarrant, and Levi were all effective with the dribble-drive, either finishing around the rim, pulling up for a runner, or getting to the free throw line. 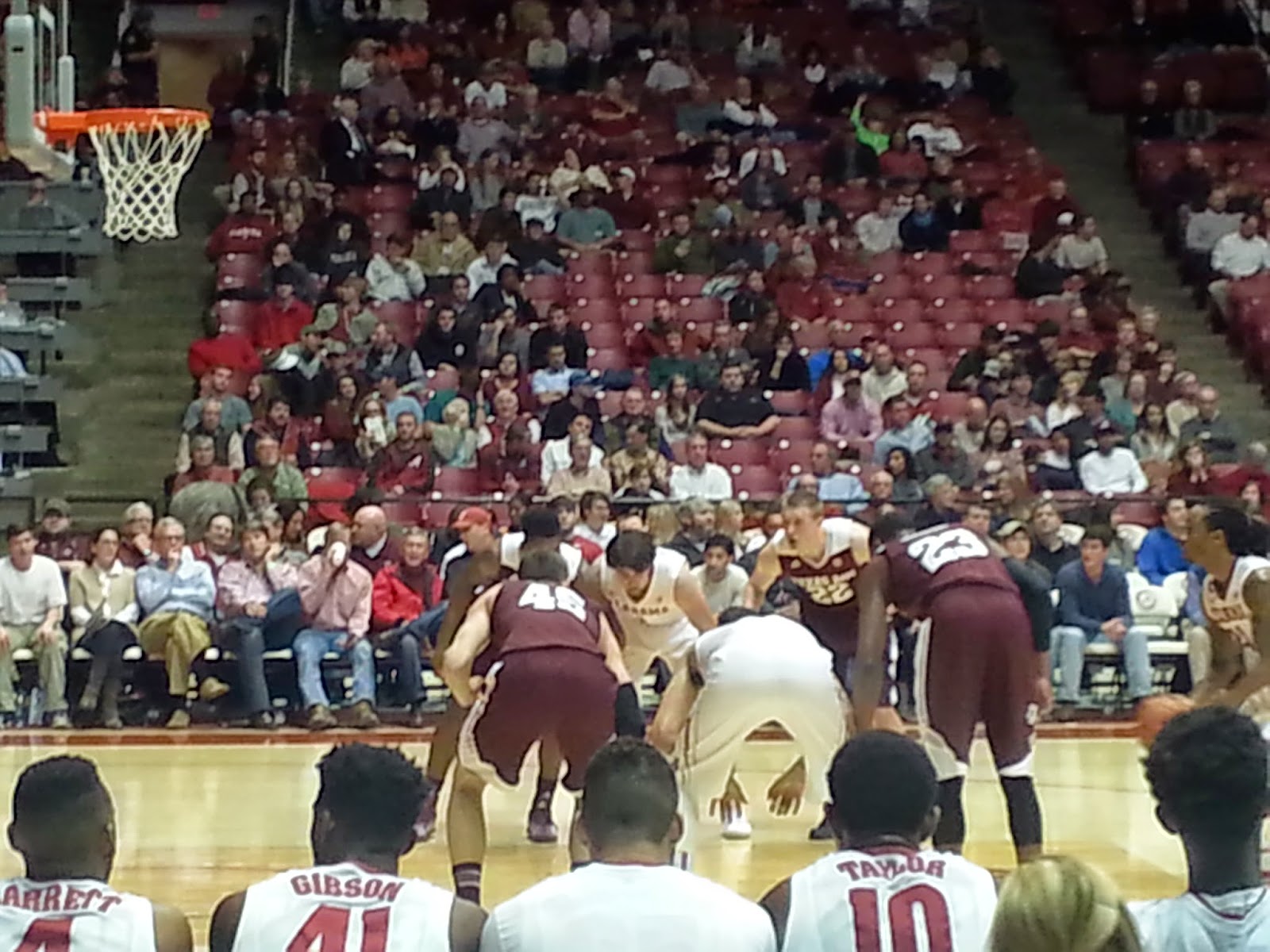 Every time it looked like the Aggies might make a move, Alabama was answered with a run of their own. There were lots of good individual performances with Tarrant, Levi, Kessens, and Retin all scoring in double figures.  Kessens also had 9 rebounds, and if he continues to play like this we have the potential to be a pretty solid, balanced team. We were 18 of 25 from the free throw line, but if you take away Jimmie Taylor's predictable 1 for 5, that's a very good performance.

The game was somewhat of a grind.  It was very half-court oriented, as neither team ran or pressed much.  Again, its encouraging that we are winning games of all styles. 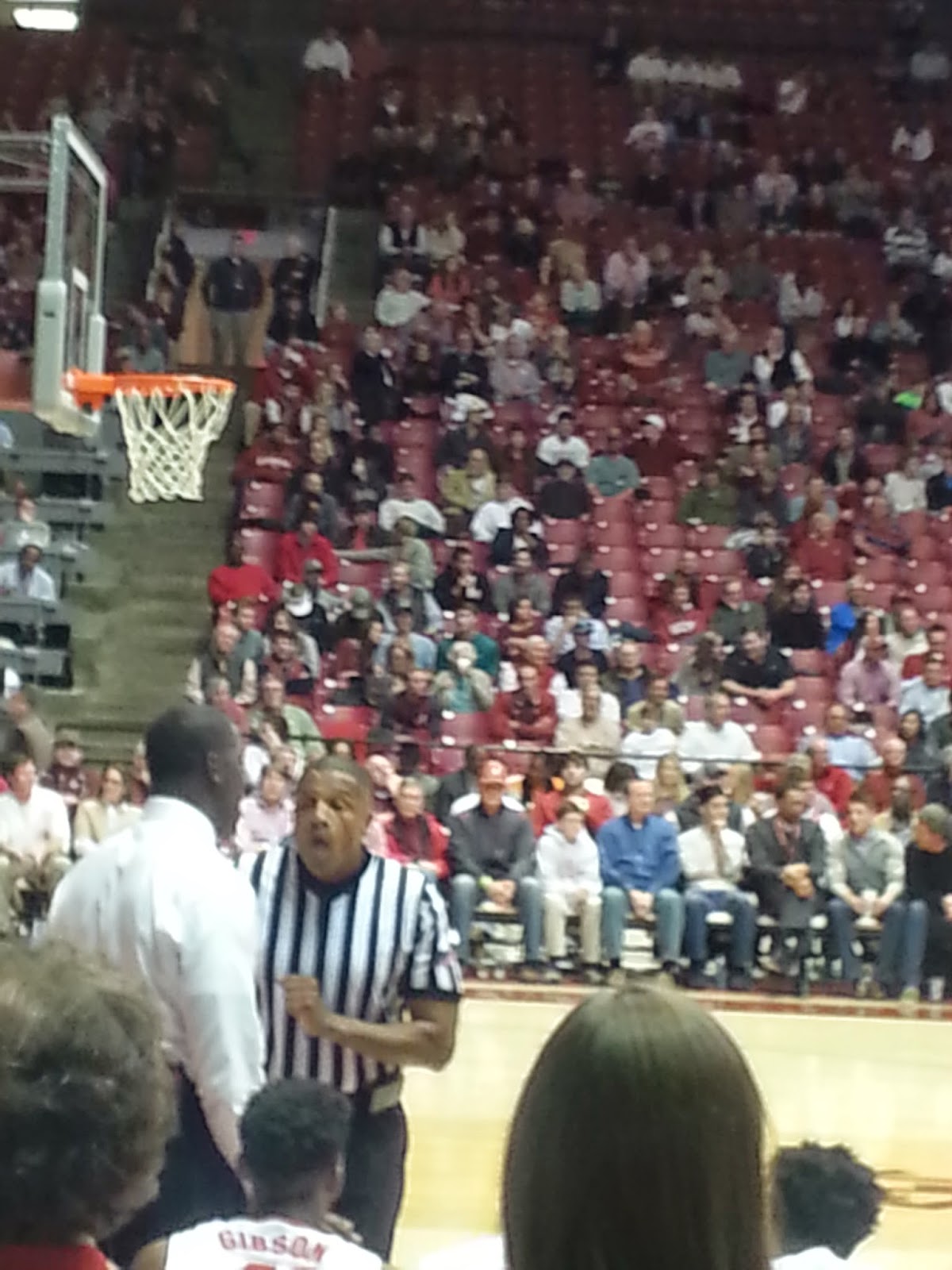 It was reported that Coach Grant spoke to the SEC observer of officials at the beginning of the second half.  I've ranted on here before about Ted Valentine, and while he didn't call an awful game, I just don't like the way he seemingly makes call in a manner to draw attention to himself, not to mention the fact that he reaches beyond his primary area way too often.  I've never understood why he seems to be so highly regarded, but I digress.  My gf pointed out that Coach Granted appeared to be wearing a mic.  For those who watched the broadcast on television, I would be interested to hear if they aired any of his conversations with Valentine, or if anything else interesting was picked up.  Coach Grant did seem to be a little more vocal than normal.

Regardless of what was aired, I think it was a great decision by Coach to wear the mic. He's often criticized as being stand-offish, etc, but maybe this allowed the viewers to get an interesting glimpse into his personality.  Having a likable head coach can only help to generate interest. 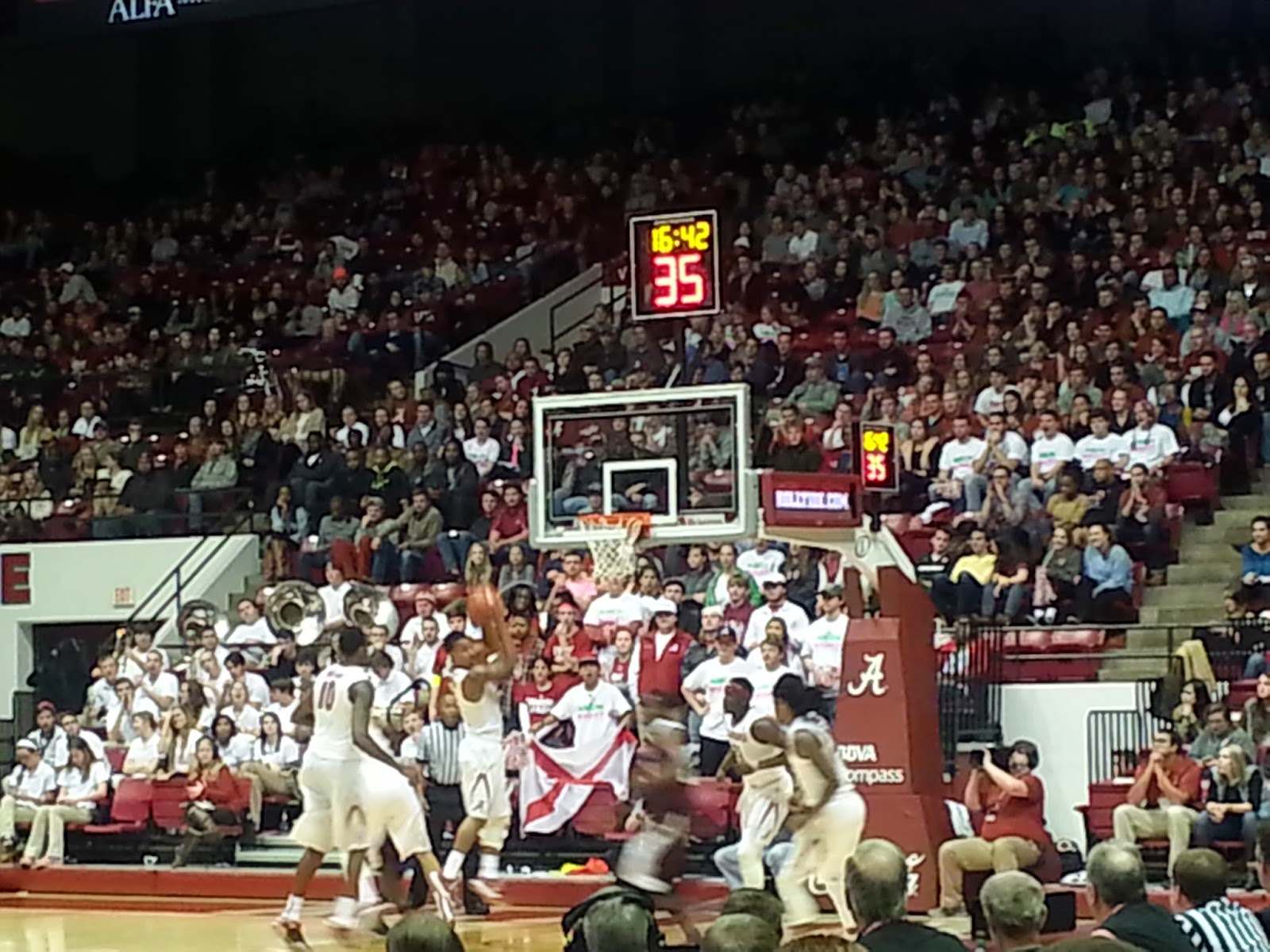 The student section turnout was great, but unfortunately most of the season ticket holders opted to stay home.  I would estimate about 7,500 in the house.  The loudest moment was definitely when Tarrant threw the alley oop to Levi off the backboard on a fast break with around 4 minutes left to play.  Those are the fun things you can do with a 20 point lead late in the game, and it got us the #7 spot on sportscenter's top 10.  It was also good to see us empty the bench in the final minute.

Overall, it was a solid win over a border-line top 50 team, albeit at home and without their leading scorer.  The upcoming schedule is brutal, so we needed a win like this to build some confidence before going on the road.  We really need to at least split these next 2 road games.

Up next, we travel to Rocky Top Tennessee to take on the Vols at 2pm EST Saturday afternoon.  As I write this, UT has blown a 12-2 lead on the road to an AUful M$ $tate team to trail 17-16, and their best player picked up 3 fouls in the first 14 minutes.  We can't count on that in Thompson-Boling arena, where they've beaten Butler and K-State.  It will be my first road game of the year, so I'll try to post a recap at some point Sunday.