The stage was set for the biggest game at Coleman Coliseum in years.  Kentucky came in ranked number one in the land with an undefeated record.  There wasn't an empty seat to be found in the gym, and the game was nationally televised on ESPN.  Kentucky won the tip, but Levi Randolph got a steal and a fast break basket.  2-0 Bama, and the capacity crowd was standing and rocking.

Unfortunately, that was the highlight of the day.  Kentucky dominated every phase of the game.  It was 35-17 at halftime, and we got on a run to start the second half which cut the deficit to 9, but with our bigs in foul trouble Kentucky had the lead back to 20+ in short order. 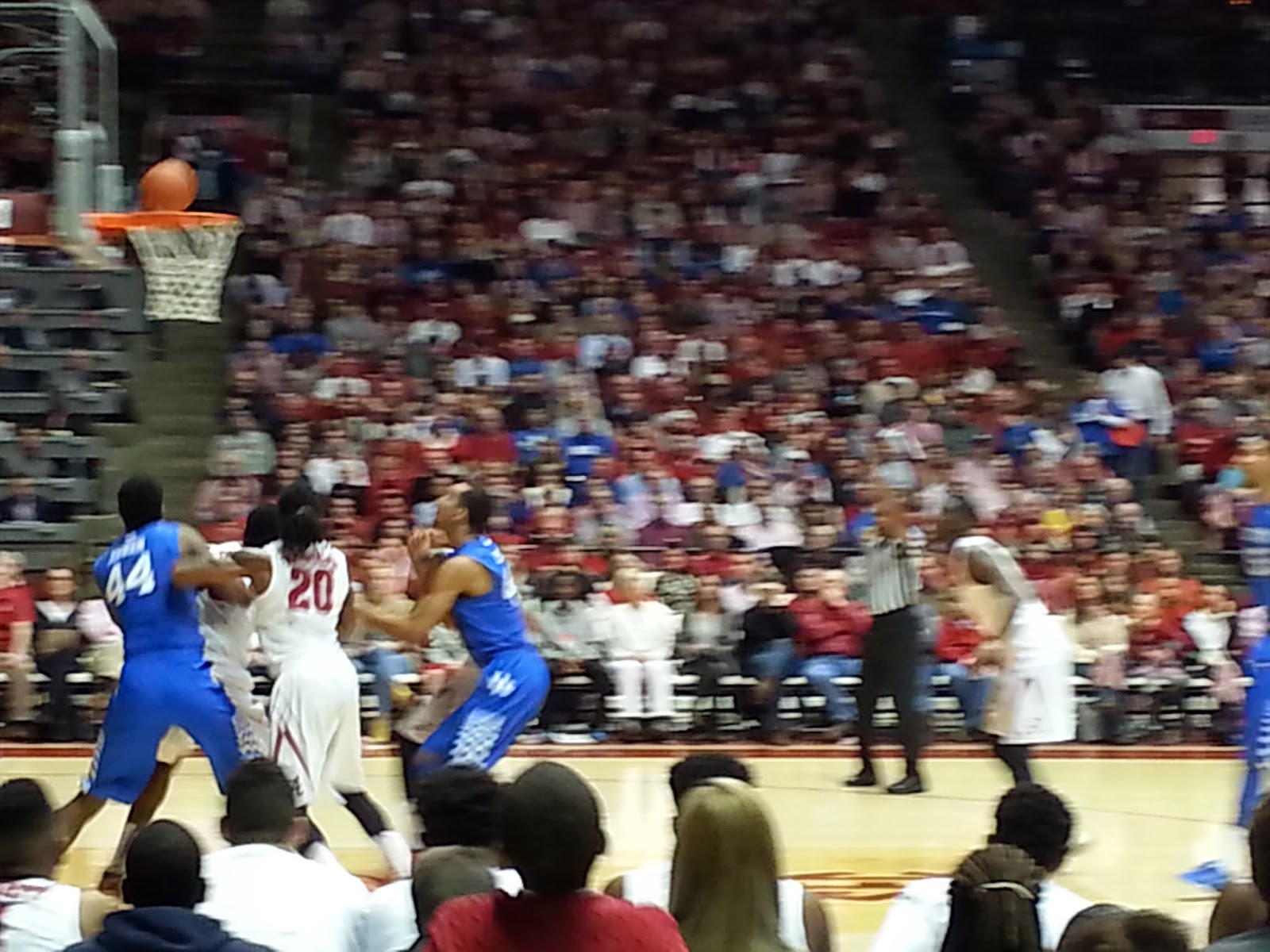 Almost none of the things that I identified as being necessary to win before the game came to fruition.  We only shot 18 threes, making 5 of them.  I have no idea why we insisted on trying to attack the basket on the dribble drive.  It was an exercise in futility against their trees.  We also passed up too many decent shots early in the shot clock only to have to force something in desperation to beat the clock.

We played a lot of zone, but Kentucky shot the ball well from the outside, making 8 of 17 from three point range.  As we all feared, the Cats dominated the boards.  We didn't get a single rebound in the first 5 minutes of the game. 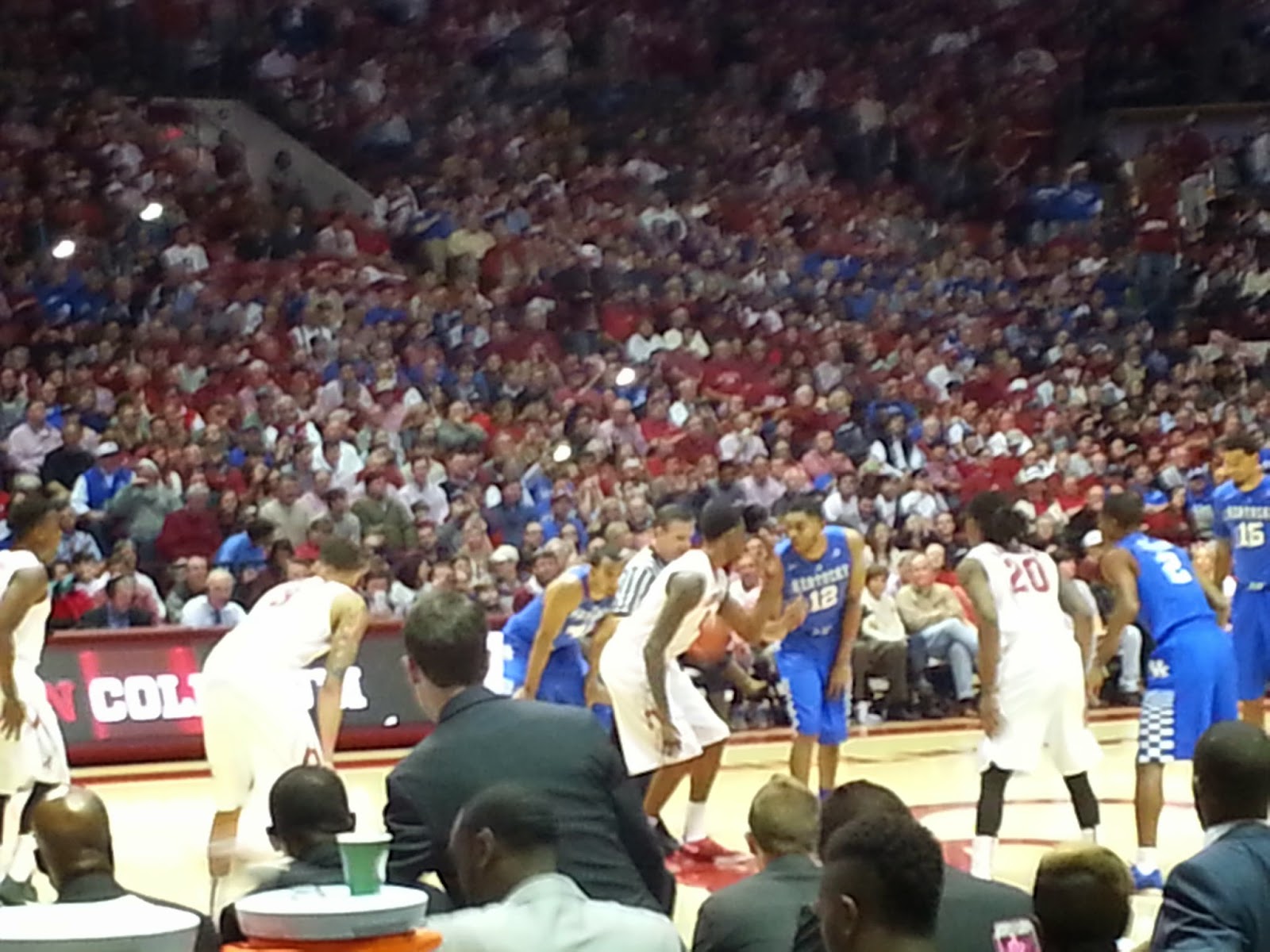 Retin Obasohan started in place of Ricky Tarrant who was playing through some type of foot injury.  Levi and Cooper both had good games with 13 and 10 points each.

When Kentucky plays reasonably well, they are unbeatable, and that was the case Saturday.  I thought they took the foot off the gas a bit in the second half, It could have been a lot worse.  They will make a lot of good teams look bad.  We can't let this game negatively effect our confidence.  Hopefully the team will bounce back with a good performance on the road Thursday night.  We have a very tough schedule over the next couple of weeks.

Kentucky probably had about 3,000 fans there, and in the second half their "Go Big Blue" chants were all that could be heard.  Our crowd was loud for the first 3 minutes or so, but got quieter as the Kentucky lead grew.

Up next, we go to Fayetteville, Arkansas to take on the Hogs Thursday night.  They are coming off a disappointing home loss to Ole Miss.  It's a chance to get a top 50 road win, but will be a very difficult task in a hostile environment.  Tipoff is set for 6pm on ESPN2.