After an ugly start, Bama took care of business in the final non-conference game of the season.  North Florida came into the game with a reputation of being a team that lives and dies with the three-point shot.  Our full court pressure early in the game was not very effective.  In fact, our press has been less than impressive most of the season thus far.  North Florida attacked the basket early and was able to build an 18-11 lead.  Frankly, we did not look motivated those first few minutes.  The Osprey's beat us in transition, came up with some loose balls, and appeared to be the only team on the court that wanted to be there. 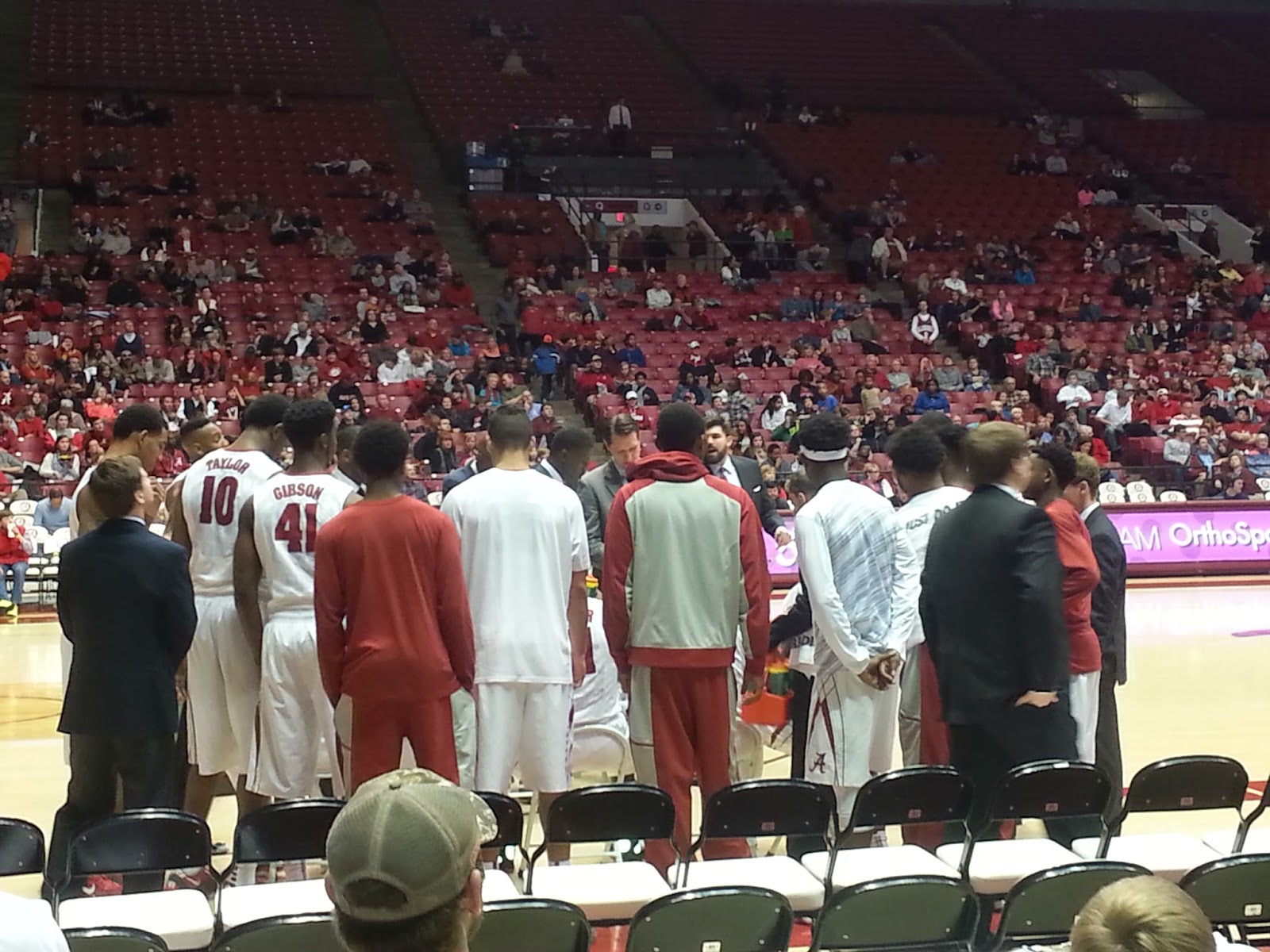 Coach Grant called timeout with 14 minutes remaining in the first half, and we almost immediately looked like an entirely different team.  We switched to a zone and shut down the UNF inside game.  We became more physical, the effort and intensity improved by leaps and bounds, we started moving the ball around better on offense, and cruised to victory from there.

Ricky Tarrant took an awful shot early in the game and Coach Grant put him on the bench for an extended period of time. I didn't necessarily agree with that, as Tarrant is the reigning SEC player of the week, and I think it's obvious at this point that we will have to live with the occasional head-scratching shot selection in exchange for the scoring he brings.  Nevertheless, Ricky played much better when he got back into the game. 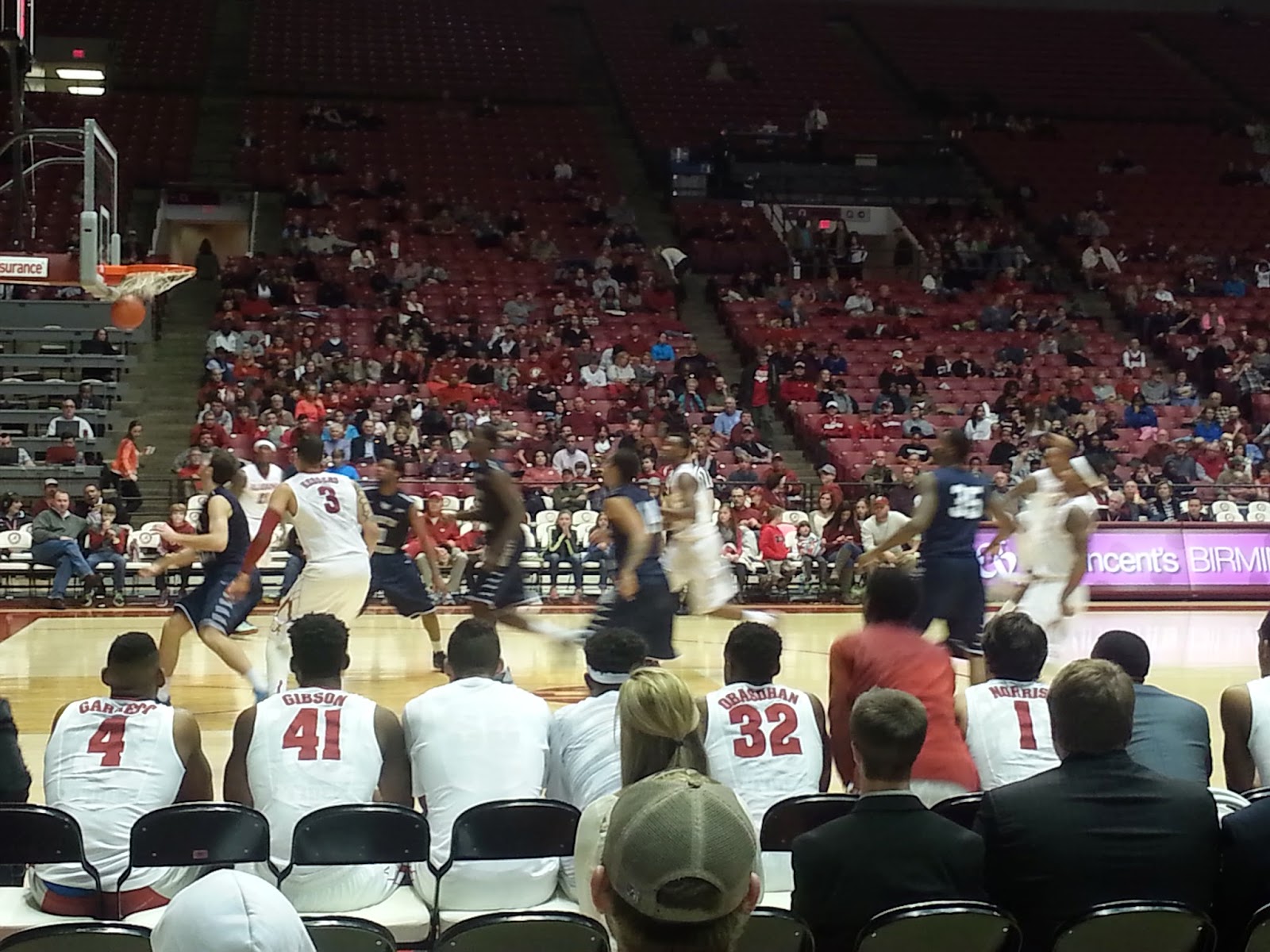 We all know  that the development of Michael Kessens would be a key to our success this season, given our lack of depth in the post.  He led all scorers with 18 points and perhaps more importantly, dropped a double-double with 12 boards. On the other hand, Jimmie Taylor only played 15 minutes and had 4 fouls.  We will desperately need his post defense against better teams, so it is imperative that he learn how to stay out of foul trouble.

It was good to see Justin Coleman get some more playing time at the point guard position.  He didn't have a good day shooting the ball, but I thought he ran the offense well with 5 assists and only one turnover in 26 minutes of play.  We had 4 guys score in double figures, including Riley Norris having a solid game off the bench with 10 points.  Free throw shooting was better, with a respectable 72.2% for the game.  Unfortunately, Shannon Hale continues to struggle on both ends of the floor. He had 3 turnovers in 11 minutes and was caught terribly out of position a couple of times on defense.  If he can come out of his sophomore slump and be the player that he was at the end of last season, this team has a chance to be pretty good. 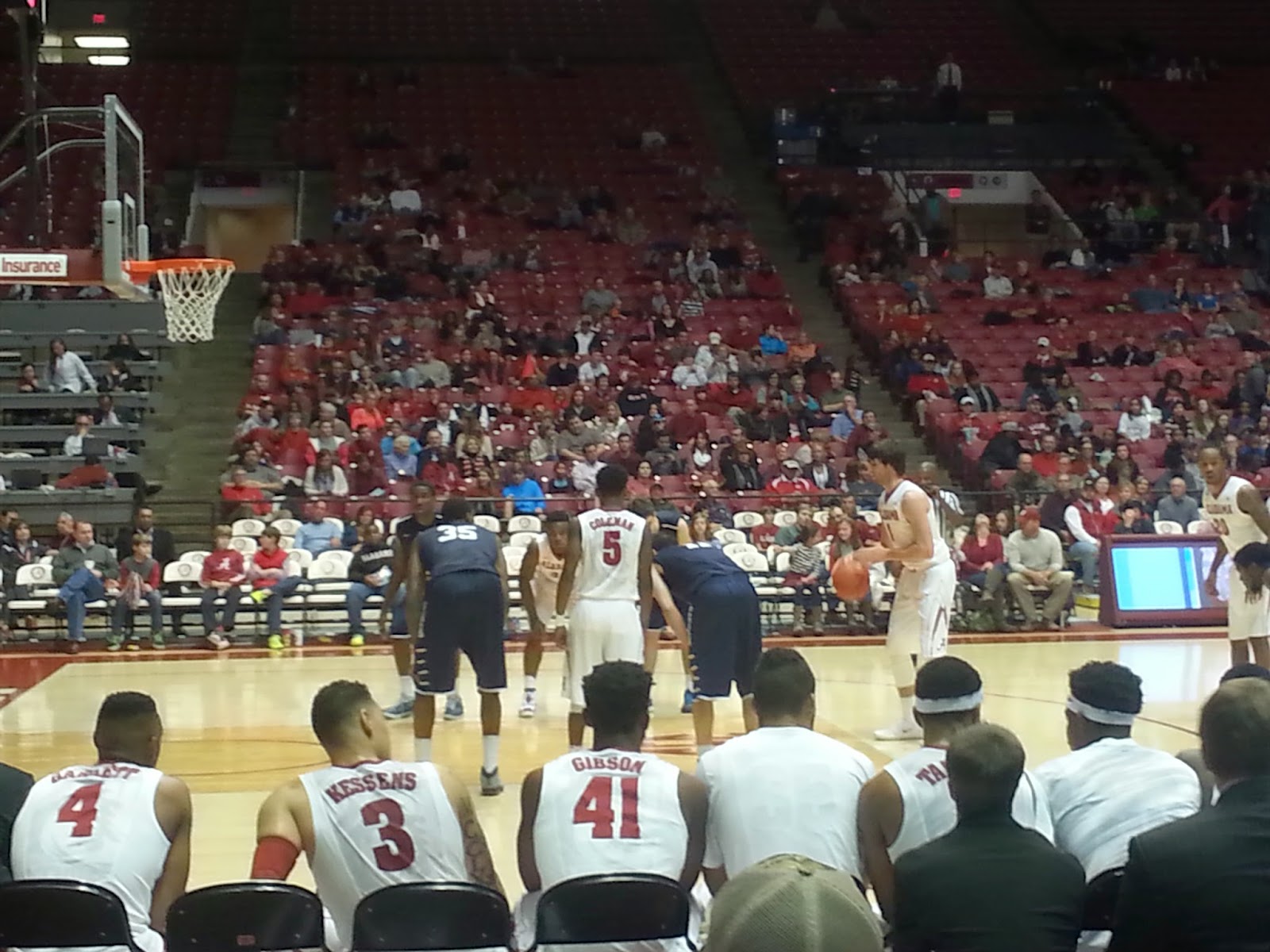 Official Pat Adams seemed to have it out for us.  He broke up the pregame circle at mid-court because some of our players/cheerleaders were on the UNF side (technically, that is the rule, but I've never seen it enforced that way at the college level).  He also warned Lou DeNeen for standing on the bench, again, technically the right call, but something that's rarely seen.  He also called Shannon Hale and one of the UNF bigs for a double-technical, but I was not able to see what they did.  I'm assuming they were exchanging words.

There wasn't much of a crowd, it was a rainy Friday night, students are still not back on campus, and I suspect a lot of people were still down about what happened the previous night in New Orleans.  I would estimate about 2,000 or so were there, a big drop after the UCLA game.  Hopefully with football season over and SEC play starting, attendance will pick up.

Up next, we start the SEC slate with an 8 pm tipoff against the Texas A&M Aggies Tuesday night.  The game will be televised on the SEC Network.