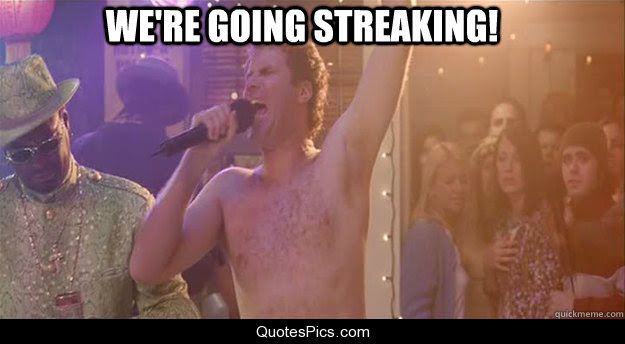 Alabama ran the winning streak to 5 games with another impressive road win over a good LSU team.
In many ways this game followed the script from the Florida game.  We jumped out to an early lead, but then fell behind in the first half, fought our way back in the second and overcame adversity to make the plays in crunch time, and held on late to close it out.

It's amazing how much our zone defense has improved over the course of the year.  We only used it sparingly early in the season, and it wasn't very effective.  We've won these last two games in large part because we are disrupting the opponent's passing lanes and closing out on their shooters.  We did a much better job of rebounding out of it this game than we did in the Florida game.  LSU hurt us some in transition, as expected, but when we forced them into their half-court sets they had a very difficult time scoring.  I thought Coach Johnson was masterful at calling timeouts at key moments to re-group and make adjustments to get the tempo under control.

Simmons had 20 points and 10 boards, there's not much you can do to stop him, but Jimmie, Hale, Riley, Donta, and even Mike all played great defense to keep him under control.  When Jimmie got into foul trouble, others stepped up their game with defense and rebounding.

Offensively, it was the guards that won this one for us.  Retin should be 1st team ALL SEC.  He's always been an unbelievable athlete, and with his intelligence it should be no surprise that he's developed into an outstanding point guard.  35 points and he took over the game in the second half, including 11 for 11 at the free throw line.  Speaking of which, we somehow made 15 out of 18 free throws.  If we can start doing that consistently, we will win a lot of games.

Justin Coleman is not going to quietly concede next year's starting point guard position to Dazon.  Sure, he had some bad turnovers in the first half, but he also made some huge shots and did a great job of running the offense.  He ended with 21 points, 5 assists, and only the two turnovers.  His 4 point play when we were down 6 early in the second half was one of the turning points in the game.

Art Edwards also contributed to the scoring with 12 points.  Another key moment was his 3 which broke the 62-62 tie, and then hustling back on defense to take the charge immediately after.  Riley Norris doesn't even look like the same player we saw back in November.  Even when he isn't scoring, dude is all over the court, rebounding, forcing turnovers, and making every hustle play.  He had 16! rebounds against a bigger team.

One thing that bothered me a little bit was the announcers harping on how we want to play slow and keep the score down.  We practice with a 25 second shot clock; I don't think Coach Johnson wants our identity to be that of a half-court team.  He's done a great job of adapting to the skill set of the current roster to put us in position to win, but I think the media is doing him a disservice by painting this narrative that we need a slow paced game to win.

I will post the daily "bubble watch" shortly, but the bottom line is if we win our 3 remaining home games, it's LOCK CITY.  While we will be favored in each of those games, any of those teams are capable of beating us, and then we are right back on the bubble.  Florida thought they were easily in until the buzzsaw that is Alabama basketball came strolling through Gainesville Saturday.  After what this team has accomplished over the last couple of weeks, every one of these 3 home games better be PACKED!  If you have access to a ticket, either use it or get it to someone who will.  The least we can do as fans is be there and be loud to help our guys bring that tournament bid home.

Up next Mississippi $tate comes to Tuscaloosa Saturday for a 1:30 p.m. tipoff.  We only beat them by 2 in Starkville the last game, and they are also playing pretty good basketball right now.  Only single tickets remain, and the game will be televised on SEC Network.