We did better than I expected, but it still wasn't enough.  I was discussing our chances with Bobbyjack before the game, and we agreed that our only path to victory was for Oregon to come out flat and unmotivated and for us to get hot from 3 point range with big nights from Hale and Riley.  We shot a horrific 2 for 19 from 3 point range, and got a big fat goose egg from Hale and Riley combined. You aren't going to beat ranked teams on the road doing that, and I'm shocked the game was as competitive as it was. 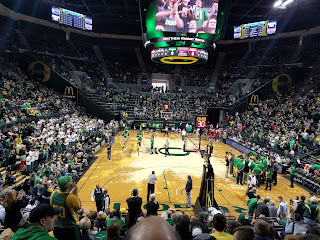 Everyone looking at this objectively thought we would be severely out-manned in the post.  We were not, thanks to Donta Hall.  He was obviously the bright spot in this game.  He scored 14 points and 7 rebounds, while doing a more than adequate job on defense.   I hope he's solidified himself in the starting lineup.  We started Bola at the 4, but he only played 10 minutes and didn't really do much.  I'm not sure what our best option is there at this point, but while Donta is stepping up at Center, we have a huge hole at the PF position.  Riley is too small, a defensive liability, and has appeared afraid to shoot lately, taking away the one thing he brings to that position by stretching the floor and creating defensive mismatches.  Bola doesn't appear to be the answer, and Hale is a head case, more on that later.

There were some positives in this game.  I thought we played solid defense overall and we managed to hold Dillon Brooks to 10 points.  The team played hard, even after falling behind in the first half and trailing most of the game, they continued to fight and somehow managed to be in a tie game with less than 3 minutes to go. 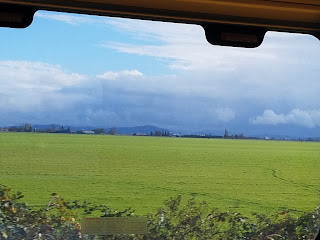 Oregon called a timeout and finished the game on a 9-0 run.  Credit where it is due, they stepped up, but this team doesn't seem to have the fortitude to make the big plays when it counts.

Avery Johnson Jr. had another solid game, and I'm starting to really like his patented high off the glass move.  I thought we should have posted Dazon more.  I know others on this site have said they want Davis to play more, but I'm taking the opposite position.  He likes to shoot, but with the exception of the Ball State game, he doesn't appear to be very good at it. He doesn't have the best form, his release point is very low, and I certainly don't like putting him in the game cold at crunch time.  We've got to figure out who the leaders are on this team, and who needs to be on the court when the chips are on the table. 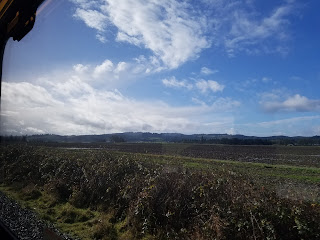 This is going to be a bit uncharacteristically harsh, but I'm calling out Shannon Hale.  He is wasting his talents.  He should be the senior leader of this team.  He had no points, no rebounds, and 3 turnovers in 13 minutes of playing time.  This is happening way too often.  I wish him the best of luck.  I don't know what's going on in his life, but I hope he resolves whatever issues have caused him to seemingly not give a shit about his college career.  I'm glad he's a senior, and we'll just leave it at that. 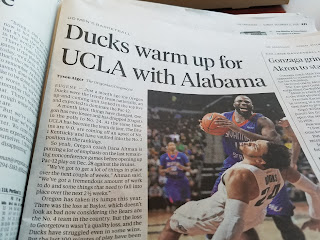 I think the state of our program can best be summed up by the headline in the Oregonian sports section, "Ducks warm up for UCLA with Alabama."  I tweeted this to the team's account before the game in hopes of giving them some bulletin board material.  The reality is, elite teams view us like a directional mid-major program.  We're a glorified scrimmage for their real games. 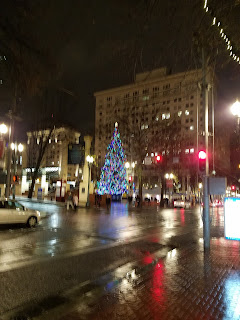 Oregon had a good crowd, I would estimate about 7,000 or so.  Matthew Knight arena is probably the nicest college facility I have been to.  It holds about 11,000 or so, and all of the seats are close to the action with great views.  The Oregon fans were fantastic.  The ones sitting near us were not only knowledgeable of the game but even encouraged us to "be heard" when we took the lead.  Several people wished us well in the upcoming football game, as they generally aren't too fond of Washington.  Eugene seemed like a cool town, Portland is an awesome city, and I definitely wish them best.  I would estimate there were about 100 Bama fans there, one solid group from the local alumni section with others scattered throughout, and we were loud when he had our brief lead.  The pacific northwest alumni did a great job of coming out and representing.

I will update this post with pics from the game, the train ride from Portland to Eugene, etc, as soon as I get home.  I'm posting this from the airport in Vegas, and you get what you pay for with the "free wifi" connection here.

Up next, we finally get back to Tuscaloosa with a 7pm tipoff against USC Upstate Thursday night.  It should be a nice "warm up" for Clemson.