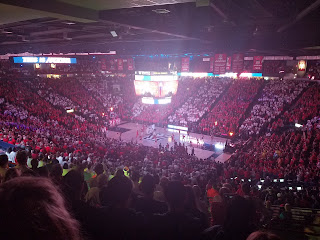 There are no moral victories, and Alabama let a great opportunity slip away in the final minutes against one of the nation's most talented teams in the desert.  Nevertheless, it was one of the better efforts of the year so far, and if they play with the same focus and effort on a consistent basis, it's going to be a fun year.

Braxton Key warmed up but did not play, and is expected to return for the Mercer game.  I believe he could have made a difference in this one.

Sexton got into some early foul trouble and had to head to the bench for part of the first half.  Arizona was able to open up an 11 point lead, and I was concerned we were about to get run out of the gym.  I was really proud of the way our young guys kept their composure and kept answering every time Arizona looked to be on the verge of pulling away.

I was questioning Coach's decision to put Sexton back in the game trailing by 5 late in the first half with 2 fouls, but clearly I was wrong.  We finished the half on a 7-0 run, including a bank shot at the buzzer from Collin to give us a 40-38 lead going into the half.

The second half started great as we increased the lead to 6, and it could have been more.  We had a couple of bad bounces in transition including a missed dunk and instead of potentially going up by double digits; Arizona was able to even things up. 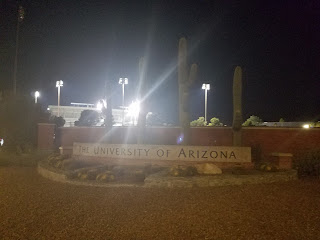 For whatever reason the officials started calling the game very tight in the last 8 minutes or so, and it turned into a free throw shooting contest.  Normally that would spell doom for us, but we actually shot very well from the charity stripe.  Collin Sexton made 15 of 16 accounting for half of his 30 points.  Donta Hall was 3 of 4 and Dazon was even 5 of 6 despite drawing a lot of iron.  We shot 85.7% as a team.  More of that, please.

It was still a tie game with around 3 minutes left, but we just couldn't keep up with their scoring.  We had no answer for Arizona's big men.  They killed us on the boards on both ends.  Ayton scored 29 and Trier had 25.  I thought we panicked a bit when we fell down 4 with a little over a minute left and JP jacked up a terrible shot.  We had plenty of time to work for a better shot and go into the final minute of play in a one possession game.  Instead, we fell down by 6 and that was pretty much the game. 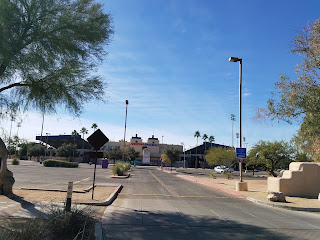 At the end of the day we lost to a very good team playing at home because they killed us on the boards and we couldn't stop one of the best players in the country.  There were a lot of positives from this game that we can build on.  I'm encouraged that we improved on some areas that have been a problem all year.  I mentioned the free throw stats above, but we also did a better job of valuing the basketball, as evidenced by the 15 assists to 8 turnovers ratio.  Donta Hall had another double-double with 15 points and 12 rebounds.  Petty was 4 of 10 from 3 point range and ended up with 13 points.  I thought he generally played a good game, but his bad shot selection at the end really killed us.  Dazon also scored in double digits with 10.

Riley was simply over matched and give credit to Sean Miller for exploiting it.  He was able to get Ayton matched up with Riley who had no chance of stopping him in the post.  I do not understand why we didn't double team him at all in the first half.  Ayton is a beast, but I think Key could have at least slowed him down a little. Riley made a 3 early and a desperation one late, but he missed some wide open shots that we really needed.  Herb also looked over matched, as he fouled out in just 14 minutes.  This was the first time he struggled to lock his guy down on defense.

There were some unusual circumstances in the second half.  There was a lengthy review after a block-charge call, but I was under the impression that was not reviewable until under 2 minutes left, and there was no explanation given at the arena but they did not adjust the clock or anything.  From my vantage point, it looked like Sexton may have gotten hit in the head at the other end, and I thought maybe they were reviewing to see if that should have been an intentional foul, but since they didn't even call a common foul, I'm not sure if that's the case either.  Also, we were called for a foul with exactly 8 minutes remaining in the half, and Arizona shot the first free throw, THEN a media timeout was called.  My understanding is that the rule is the first stoppage UNDER 8 minutes, but my guess is that the offical clock showed 7:59.X seconds and the scorer failed to inform the officials before the first shot.  If the TV broadcasters gave an explanation for either of those things, please post in the comments, because I would love to know what all that was about.

The McKale Center is a nice arena.  Our seats were near the top, but we had a decent view with good sightlines, and it was easy to get in and out of.  The concourse walls are lined with pics of Arizona greats over the years.  It seats about 14,500, and was more or less packed, with just a handful of empty seats in the upper level behind the basket.  I would guess there were no more than 50 Bama fans, and we were all scattered about.  The atmosphere was not as intense as I was expecting.  They stood up and got loud at key points in the game, but overall it was much more quiet than one would think, especially for a crowd of that size in an intimate setting.  There was more of a sense of nervousness and relief that they survived than genuine excitement and enthusiasm from their fans.

Compared to some other blue blood schools I have visited, they don't seem to have the same passion and dedication as schools like Kentucky.  We were able to get our tickets on the secondary market for a reasonable $30 or so each.  I don't think I've ever set foot in Rupp arena for less than 75.  Unlike when I went to UCLA a few years back, the Wildcat fans do actually show up and participate.  They are knowledgeable and supportive of their team.  For the most part, we were treated very well.  Several people asked us about Collin and were very complimentary of our team.  We also had several people wish us good luck against Clemson.  Tucson was a little bigger than I was expecting, but it's very spread out.  We had a good time going out downtown and on 4th street after the game, but there are some strange characters there.  We had a fun Uber ride in a Tesla Model S when the driver demonstrated the ludicrous mode, going from 0 to 60 in 2.8 seconds, but it begs the question, why is somebody who can afford a $140,000 car driving for Uber?  Tucson also seems to have been badly impacted by the heroin epidemic.

Up next, we have 9 days off for final exams before taking on a solid Mercer Bears squad up in Huntsville.  Hopefully the guys can get healthy and do well on their exams to stay eligible.  The Mercer game will tip off at 8pm Central time on Tuesday, December 19th.  It will be televised on SEC Network.