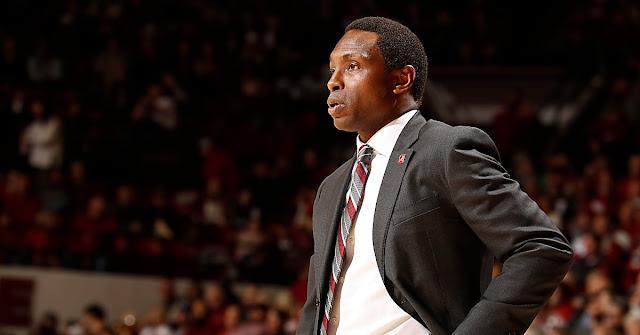 One could make the argument that the two most disappointing teams in the SEC will meet in the season finale for each on Saturday when Alabama travels to College Station to face the Texas A&M Aggies. Both teams enter under .500 in the conference standings with identical 8-9 records, but while Alabama has lost four straight, the Aggies enter this game on a 2-game winning streak on the heels of road wins at Vandy and at Georgia. Game time is 1 P.M. CT. ESPN2 is televising the game. Click the links for team and KenPom stats.

My Two Cents: Perhaps it's unfair for me to label Texas A&M as a disappointing team. Even though they are under .500 in league play, their non-conference resume was so impressive that their RPI and other advanced metric numbers have remained strong. They're so strong in fact that these back-to-back road wins for the Aggies have probably put them in the NCAA tournament regardless of what happens Saturday or in St. Louis (don't quote me on that, by the way). That said, this team was picked to finish in the top four of the standings in the preseason poll, and many saw them as a trendy pick to win the league so 8-9 is less than ideal from an expectations standpoint. However, despite their ups and downs, they do appear to have evened out in the nick of time.

Meanwhile, Alabama is spiraling. Not only have they lost four straight games, but they haven't been competitive in long stretches during this losing streak. From a distance it seems like, at best, this team has run out of gas; at worst, they've quit on this coaching staff. I don't know which one it is, but it's not good either way. While many bracketologists still have the team in their mock brackets, my belief is the home loss to Florida on Tuesday night knocked Alabama from the field if the selection committee met today. While both teams could use the win Saturday, I think the game is more important for Alabama for that reason alone. Lose their fifth straight, and they're probably looking at having to win two games in St. Louis to get back into the field. The team have played themselves into a corner, and I'm hard-pressed to find an Alabama fan that believes they'll play their way out of it.

Oh, and depending on how results shake out this weekend, it's a very good possibility these two teams could meet again on Thursday in St. Louis. Best case scenario for Alabama at this point is a 7 seed. The worst case is a 10 seed. Either way, if Alabama is going to win multiple games in St. Louis, they will have to beat one of the top two seeds on Friday. If there is any silver lining to this week in Bama Hoops, it's that Alabama will avoid the indignity of having to play on Wednesday night of the tournament thanks to game results this week.

Players to Watch: How about this coaching staff instead of any player? What is their mental state coming into Saturday? Is Avery Johnson coaching for his job over the next 8-10 days? I know my fellow writers at the blog probably don't agree with me, but if this game is another blowout, and then the team goes kaput on Thursday in the SEC Tournament, I'm not convinced it's implausible that Avery Johnson's job is in jeopardy.

Consider these numbers. In his first three seasons Anthony Grant won 63 games, with an NIT runner-up finish in year two, and an NCAA appearance in year three. Avery in three seasons so far: 54 wins and no postseason wins in that span. Sure, we can break down the quality of the schedules (I don't think there would be much difference, honestly. Grant scheduled solidly during his tenure as well), and there's no debate that Avery has won more games against ranked competition, but Grant's three seasons so far eclipse Avery's from a basic wins/losses standpoint. And wins and losses matter, do they not? Consider these numbers. In the final 10 regular season games in Avery's three seasons the team has finished 6-4 in 2015-16 (lost four of their final five games), 4-6 in 2016-17, and are currently 3-6 in their last nine with a game to go. In all three seasons these poor finishes cost Alabama ground in the race for a postseason bid, maybe even an NCAA bid in 15-16. The point is this has now become a trend for Avery's teams, and there is no positive way to spin it. If this team loses out, that would be six straight losses to end the season for a team that was once solidly in the NCAA field. How does a university continue to confidently sell a coach with that kind of record to a fanbase hungry for basketball success?

I'm not going to pretend that I have any insight into what Greg Byrne and the other decision makers at the university are thinking right now in regards to Avery, but I do know that if social media is any indication, the Alabama fanbase is not happy with the current state of affairs. Factor into the mix what Auburn has done this season, and I repeat that it is not implausible to think that the next 8-10 days could weigh heavily on Avery Johnson's future in Tuscaloosa.

Texas A&M's struggles the last two seasons have had a lot to do with inconsistent point guard play or keeping guards on the floor due to injuries and suspensions. When Duane Wilson was lost for the season with a knee injury, I thought it would be trouble for the Aggies. It was. They lost three straight after he was sidelined for the season. Fortunately for A&M, freshman TJ Starks has stepped up and played well for the Aggies. In their road wins at Vandy and Georgia, Starks was great, averaging 16.5 points, 5 assists,  and 4 boards. In 30 minutes played at Vandy, he did not have one turnover. If we look up in a couple of weeks and A&M is playing in the second weekend of the tournament, I'd be willing to bet Starks is a big reason why.

Prediction: If there is a ray of hope for Bama fans heading into Saturday, it's that this A&M team has not exactly been a model of consistency either. In league home games, A&M is 5-3 this season. Not awful, but certainly not the mark you want to have if you have hopes of winning the league. If anything, there's a precedent that the Aggies have not been dominant at home in league play. The problem is this Alabama team has not offered a lot of hope over the last four games.

I really want to believe that this team hasn't cashed in all its chips yet, but Tuesday night was the lowest I've felt about this program in a long time. You will almost never see me write that a coach should be fired. I stuck it out with both Gottfried and Grant as long as I could before the results were too much to ignore. And my sincere hope is that the team finds a gear that we thought was lost and wins Saturday, and wins a game or two next week, and makes the NCAA field. I really hope that. I do not want to observe another coaching change and the rebuilding process that takes, but I'm also very tired of putting a lot of passion into following this program only to be dealt disappointment after disappointment.

And look, I live in another state; I'm lucky if I make it out to two basketball games in person a season. DJC is out there spending hard-earned dollars traveling to road games, and he's at every home game. I feel for fans like him more than myself because he's putting more of himself into this program as a fan than many do. We all love this program. Some of us are young, others are old, but I think we all have a shared hope to one day see this program play in a Final Four. That reality has never seemed so far away to me as it did on Tuesday night. I want to believe in this team again, but they have to give me a reason to believe. Texas A&M - 74 - Bama - 71
Posted by MSmilie at 7:00 AM