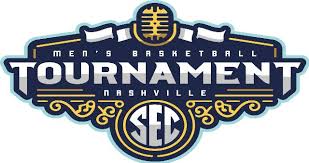 We've reached the SEC Tournament not with a bang, but a whimper. If the Alabama (17-14, 8-10, KenPom: 60, NET: 58) men's basketball team wanted a healthy dose of drama, it's got it as it heads to Nashville. The bubble is close to bursting, the fans are frustrated, bloggers are tweeting at the Alabama AD imploring him to do something, dogs and cats living together, mass hysteria! Alabama will be the 10 seed in the conference tournament. Their first opponent will be the 7 seed Ole Miss Rebels (20-11, 10-8, KenPom: 43, NET: 34). Game time Thursday is 6 P.M. CT. The game will be televised by the SEC Network.

My Two Cents: There's no shame in losing at Fayetteville, even to a rebuilding Arkansas team. The frustration in the wake of that game stemmed more from previous losses (home losses to Georgia State, Texas A&M, Florida and Auburn come to mind). On February 9th, Alabama was 15-8 (6-4) after a road win at Vanderbilt. The team lost six of its next eight by an average of 11.5 pts per game. Four of those losses were to potential NCAA Tournament teams, but half of the six were also at home. There's no way to spin yet another late season collapse. After four years, it's now become a trend. If that isn't reason enough for the UA administration to make a change, perhaps what could be a record number of empty seats next season will do the trick.

What is perhaps the most frustrating development of this season is that the team has noticeably regressed in several areas in which it showed strength earlier this season. Two areas in particular: defensive rebounding and offensive efficiency. Alabama was a top 75 team in both areas at points this season. Currently: they're ranked 82 in offensive efficiency and 150 in defensive rebounding. The team remained healthy for the most part all season so it's distressing how a team can go from doing two things really well to being average at best at both. After scoring 70 or more points in 18 of the first 23 games, Alabama finally scored at least 70 in their final game of the regular season. Even more upsetting is no one, even the head coach, appears to have any idea how to get things back on track. When your head coach is sayings things like "Hopefully we'll be able to see something to spark our team this week", you have to wonder if anyone has a winning mindset as the team prepares for Nashville.

All of that said, Alabama probably did get the best possible first round matchup it could have received in Ole Miss. The Rebels are a likely tournament team, but Alabama did have one of its better performances of the season at home vs the Rebels, beating them by 21 on January 22. The Rebels also lost four of their final six games so both teams were dicey coming down the stretch.

The Rebels remain a steady offensive team. They are middle-of-the-pack in the conference in most offensive categories. Their best categories at the moment are free throw pct (2nd) and 4th in 2-pt pct (4th) and they're a good 3-pt shooting team at 34.9% (6th). They rank lower in offensive rebounding (10th) and free throw rate (also 10th). Can Alabama recover its mojo on the defensive glass to take advantage?

On defense, Ole Miss does a couple of things well that should make Bama fans nervous. For one, they're 4th in the league in defensive turnover pct, and they're 5th in the league in steal pct. In the last three games, the opposing teams thrived off Alabama turnovers, scoring a combined 60 points off those turnovers. I think any chance Alabama has in this game (and beyond should they be so fortunate) begins with how well they protect the basketball. Ole Miss is 3rd in the league in defending shots inside the 3-point line; teams are only making 48.3% of their shots from 2-point range. That's also concerning for a team that has struggled to get the ball in the hands of arguably its best player, Donta Hall. In the first game between these two, Alabama had 34 points in the paint, and only 9 turnovers. They need similar numbers on Thursday night.

Players to Watch: I'm going to go with the Bama team as a whole. Sure, there may be problems on the bench but this group of players need to rally around each other and show some toughness. There have been some comparisons in recent days between the Anthony Grant teams and the Avery Johnson teams. Most people focus on the win/loss records, but I would focus on something else. Alabama fans said many critical things about Grant's Alabama teams, many of them justified. But his teams were never this soft. That's been a recurring issue for Avery's teams, The toughness of guys like Retin Obasohan and Collin Sexton helped combat that for the teams they played for. A guy like Bola Olaniyan gave the team a tough rebounding presence in his one and only year. But it's never been a team concept, or furthermore, it's never been part of the culture. Say what you want about Anthony Grant's teams, but they were rarely out-toughed. Watching Daniel Gafford rebound and dunk at will, usually with Bama defenders just watching, was a further reminder that this team needs a serious injection of balls. If it's not coming from your coaches, it has to come through the players themselves. This team needs to show up on Thursday night and play with a sense of urgency if they really want their season to continue. If not, just keep doing more of the same and it'll all be over soon.

I'm going to be lazy now and just paste what I wrote in the earlier Ole Miss preview with updated stats: Alabama will be faced with another quality duo in the form of Terence Davis and Breein Tyree. The duo is averaging a combined 34 ppg, 8.8 rpg, 6.3 apg, and 2.7 spg. Both players make just under 50% from the field, are great 3-pt (a combined 38.6%) and free throw shooters (80.4%). They are both as likely to take their defender off the dribble as they are to shoot over them. Good luck to the Alabama players trying to find a way to limit these two guys.

Prediction: Alabama may have beaten the Rebels by 21 earlier in the season, and the Rebels may have lost four of their final six games, but only one of these teams look like they're still competing when the ball goes up. I'm guessing I don't have to tell you which team that is. I'm in a low place as a basketball fan right now. I was skeptical of the Avery Johnson hire when it was made, but he won me over with his energetic press conference, his recruiting, his media presence, his willingness to reach out to the community and students for support, and coaching a team picked to finish 13th in the league in his first season to 18 wins and an NIT appearance. I thought it was going to work. Unfortunately, with the exception of some wins vs ranked teams, and Collin Sexton's game-winning floater that sparked a March run, it's been a rather mediocre four years, and, frankly, I don't see it getting any better. Avery Johnson said in his first press conference four years ago that he was given a six-year contract, but it wouldn't take that long. Unfortunately, he may prove to have been right, just not the way he meant.