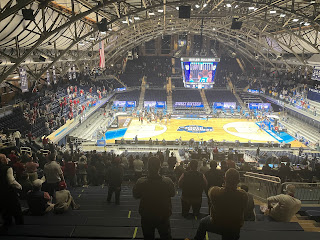 It was a combination of bad free throw shooting and the old adage of the team that makes the comebacks doesn't have enough gas to get over the mountaintop in the end.  An incredible season for the SEC regular season and tournament champions came to a disappointing end at the hands of a very good UCLA Bruins team.

We got off to another slow start with UCLA jumping out to a7-2 lead.  Then we went on a run and actually had a fairly comfortable lead, if only for a few brief moments.  Overall the 3s weren't falling, and UCLA was finding ways to score in their half court set.  The Bruins made some tightly contested 3s with the shot clock expiring down the stretch in the first half to maintain their lead, and were up by 11 going into the half.

We made some adjustments on defense and shut them down in the second half.  They didn't score until 6 minutes in, and by that time we had entirely chipped away their lead.  Unfortunately, we could never go up by more than a possession on our own.  The game slogged back and forth, with them going up by 5 or 6 and us tying it or taking a one or two point lead.  It felt like we were playing catchup the whole game, and that eventually wore us down.

The shots weren't falling.  We only made 25% from 3 point range.  The Bruins were slightly better and even shot one more than we did, as I think we put an emphasis on trying to drive once we realized we weren't hitting from the perimeter.  The real story of the night was at the charity stripe.  Both teams shot 25 free throws, though many of UCLA's were late in overtime after the game was already decided.  They made 20/25, we were a horrendous 11/25.  It's frustrating to lose a game that way, but we were a decent free throw shooting team all year, off nights happen.

My heart is hurting for Herb Jones more than anything else tonight.  We would not be anywhere near this position if not for him.  He picked up two quick charging fouls in the first minute of the game.  From my vantage point in the top row of the arena, I though the defender flopped on the first one, but the second one was a good call.  I know he's beating himself up about going 1 of 4 from the line at the end of regulation, but again, these things happen, and he appeared to hurt his leg prior to his last 2 misses.

Alex Reese gave us a second chance after those misses with a game-tying buzzer beater at the end or regulation.  I thought that was a great call by Coach Nate Oats, and a great decision by Q to get him the ball.  They knew we had to go for 3 so everyone would be tightly contested behind the arc, but Alex has the size to get a good look regardless.

You have to give UCLA a lot of credit for the way they responded in overtime.  They had us down several times and we kept fighting back, but they always had an answer, even after Alex's heroics to end regulation.

The overtime was a disaster.  We couldn't stop them, turned it over and gave them easy baskets, and then panicked and started shooting bad 3s prematurely, and topped it off by taking easy 2s when our only hope was to chuck 3s.  I think everyone just assumed we would get the W after surviving regulation, but hats off to the Bruins for finishing the game.

I thought all along that the sweet 16 was the ceiling for this team.  We were a very good, but not great team.  We were flawed, we didn't have a true PG or a dominant inside presence, but we made up for it with a lot of depth and interchangeable parts.  Expectations changed when we got a somewhat favorable draw, and then a clear path to the final Four seemed to emerge.  It's disappointing that it didn't work out that way, but it's easy to forget, the teams that you play in the later rounds are there because they won their way into that spot.  I think we all get too caught up in saying "oh we should beat an 11 seed," but when an 11 seed makes the sweet 16, they aren't an "11 seed" any  more, they are one of the final 16 teams standing in the tournament.  I won't be shocked if they beat Michigan.

The crowd of only 1,100 or so was split about 60-40 in our favor, but UCLA gave a significant number of their tickets to students so it seemed like they were louder at times.  Both fan bases were into the game throughout and it was as great of an atmosphere as you could possibly have with limited capacity.

I'll have my usual post season manifesto up sometime in the next couple of weeks, but wanted to focus this post on the game. 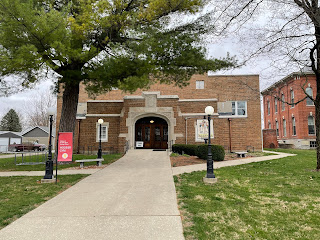 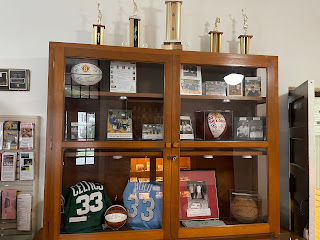 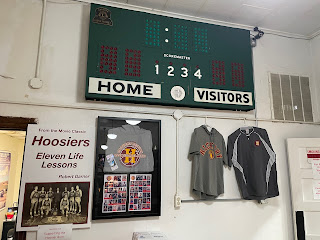 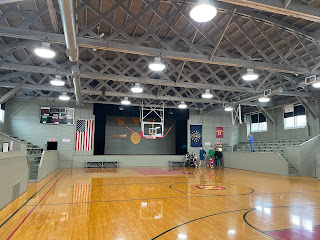 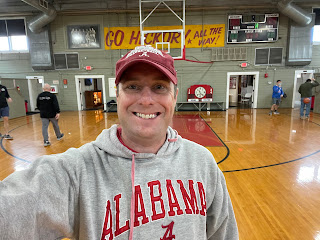 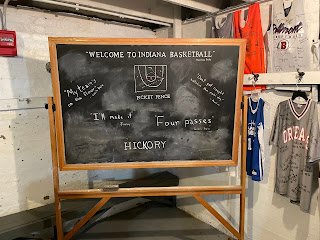 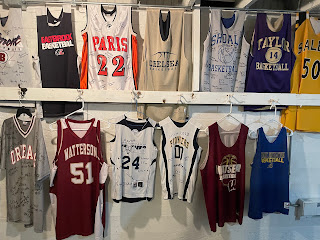 I drove up Saturday, and yesterday morning I went to Knightsville, IN to visit the Hoosier gym, where the movie "Hoosiers" was filmed.  If you are a fan of the movie, I highly recommend paying them a visit.  There's a free tour that's very informative and interesting, and you can even shoot around on the floor.  It's only about a 30 minute drive from downtown Indy.

Up next,  the offseason!  There will be recruiting news and I'm sure transfers coming and going, but otherwise rest easy knowing that Bama basketball is back to relevancy.